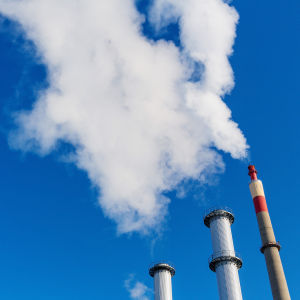 More than half of Americans oppose stricter federal environmental regulations on local businesses, according to a new poll released Thursday by the National Association of Manufacturers.

The association conducted the poll as the federal government mulls a lower ozone standard proposed by the Environmental Protection Agency. The new standard could be “the most expensive regulation in our nation’s history,” according to the manufacturers group.

“At a time when we’re making progress on our environment while facing a sluggish economy, the president’s charge to upend what is working and stifle job creation doesn’t make sense,” association president and CEO Jay Timmons said in a statement.

The EPA’s proposal is meant to “curtail the rising problem of asthma and other respiratory ailments,” as McClatchy reported in November of last year.

The issue of environmental regulation is likely to be hotly discussed leading up to the 2016 presidential election. In Iowa, the first state to caucus for president, the Des Moines Register’s lead story today noted that Catholic priests in the Diocese of Des Moines were being urged to discuss the pope’s encyclical on the environment at mass this Sunday.

But polling continues to show Americans favor economic growth over tougher environmental regulations, and the association’s poll found that more than two thirds of Americans rate their local air quality as either good or excellent.