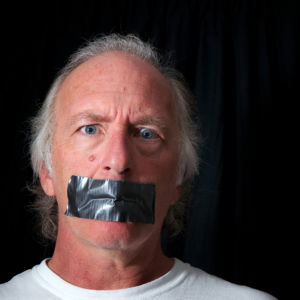 The amorphous subject of “political correctness” is a campaign issue this year, including at this week’s Republican National Convention.

Speakers have called it “antithetical to the founding principles of this country,” a tool “to make people sit down and shut up,” and — to the extent it prevents America from talking openly about terrorist threats — even a danger to national security.

Many liberals have dismissed these concerns as pleas to be able to speak offensively without criticism, but new Pew Research Center polling finds 59 percent of Americans — including 83 percent of Trump supporters and 39 percent of Clinton backers — said “too many people are easily offended … over the language that others use.”

That’s compared to 39 percent of Americans who said “people need to be more careful about the language they use to avoid offending people with different backgrounds.” That belief is held by 59 percent of Clinton supporters and 16 percent of Trump backers, according to the poll.

Pew pointed out that race and gender are also useful lenses through which to view these findings. Trump’s core support comes from older white men, which Clinton and Democrats generally have struggled to attract. There’s strong overlap between his backers and Americans concerned about “political correctness.”

On Wednesday, the Washington Examiner called this the “Trump effect.”