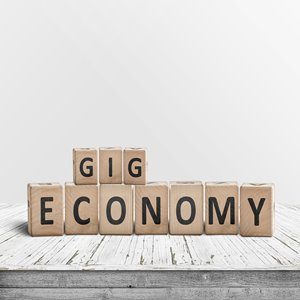 Move Over Gig Economy: Why the U.S. is Ready for a Flex Labor Economy

When the concept of the gig economy was first introduced in the United States, it was meant to serve as a springboard for workers to make extra income as they recovered from the 2008 financial crisis. Offering some compelling benefits such as flexibility in work schedule and monetizing assets that were at their fingertips, it’s easy to see why the gig economy took off among American workers.

But what was once a beacon for work autonomy has now met its fair share of challenges in the U.S. labor market. Yet even with the gig economy’s problems, U.S. workers still want to reap the benefits of what it was originally intended to be. Not to mention, now more than ever U.S. workers want flexible careers after the remote environment that was accelerated by the COVID-19 pandemic.

All hope isn’t lost as a new concept emerges that will better suit the needs of the new American workforce: The flex labor economy.

Simply put, the flex economy gives workers the freedom and autonomy to monetize their existing skills on their own time and set their own wages, whether as a side hustle, full time, or as a stop-gap. This differs from the current gig economy model, which requires workers to monetize their assets versus their skills. For example, DoorDash helps its workers monetize the assets that they likely already have: Their time and a reliable vehicle.

The flex labor economy differs from this model as it enables people and businesses to offer the skills they could previously never connect with and monetize them. This is more inclusive to a wide variety of different skills such as building a website for business owners, lending your voice for voice-over work in a promo video, or even helping someone pack orders for an e-commerce site It helps people engage with their hidden (or discovered) “superpowers”, allowing them to pursue more meaningful work in a way that suits them.

While we might be tired of hearing about it, COVID-19 has changed nearly everything about how we work and conduct business. It created new needs for customers as the world shifted mostly online and remote, thus creating new jobs. And the data proves it.

Over the past six months, data from Airtasker shows over 2,500 workers have signed up for jobs or “tasks” that can be completed within the open marketplace within this flex economy model. It is mostly due to the heavy demand driven by consumers looking for niche skills to solve new problems created by the pandemic. This gets us into the most important pillar of the flex economy: It allows workers to adapt and respond to changing situations and needs created within society.

The flex economy is designed to create more flexible working opportunities which in turn keeps Americans employed and active participants in the U.S. economy. If there are more jobs that cater to the needs of the worker (i.e. wages that are desirable, work that is desirable), this creates a stimulus for the economy, which is especially important as we aim to bounce back from the economic fallout of COVID-19.

Flex work enables people and businesses to create job opportunities in all the instances where otherwise no jobs would be created. Not to mention, it’s a viable source of creating employment for those who are looking to ease back into full-time work.

As we begin to weather the rest of 2021, we’ll begin to see this evolution take place and new platforms and apps emerge to support the flex work model. The future of work is reliant on providing people with the freedom to choose how they work, when they work, and what they’ll get paid.

Tim Fung is the CEO of Airtasker, a global open marketplace for service providers. Airtasker made its recent U.S. debut through its acquisition of Zaarly. He wrote this for InsideSources.com.