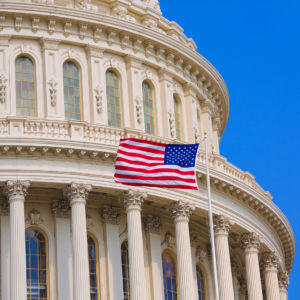 American Muslim leaders have called a rally in Washington against “terrorism, hate and gun violence” less than 48 hours after Donald Trump accepts the Republican presidential nomination.

Sponsored by the group American Islam and other Islamic and interfaith organizations across the country, this “American Muslim March on Washington” aims to bring thousands of Americans of all backgrounds to the National Mall on July 23.

In a statement, American Islam president Imam Muhammad Musri said the goal is to “join together in national security and peace to demonstrate that America is stronger together and that we stand united for the security of our nation and in countering terrorism – and that when one person, one religion, one race is discriminated against, we are all discriminated against.”

An American Islam video promoting the event showed religious leaders vilifying Islam and features Trump’s now-signature call for “a total and complete shutdown of Muslims entering the United States until our country’s representatives can figure out what the hell is going on.”

But more than this, the rally is a direct response to June’s mass shooting at a gay night club in Orlando, Florida, and last year’s terrorist attack in San Bernardino, California.

“The aim of this peace rally is to denounce all acts of terrorism done in the name of our faith, Islam,” Musri said in another promotional video.

He said the rally will call on Congress “to enact common-sense gun laws to prevent future mass shootings” while denouncing radicalization and affirming American laws and values like religious freedom.

New polling from the Brookings Institution shows why Muslim leaders are keen to showcase these values.

According to the think tank’s recent survey, just 44 percent of Americans have a favorable attitude toward their religion. That number is 64 percent among Democrats, 38 percent among independents and 24 percent among Republicans.

The numbers are better for attitudes toward “the Muslim people,” about whom 79 percent of Democrats, 60 percent of independents and 42 percent of Republicans are favorable. Favorability is at 62 percent overall.

The Brookings polling certainly emphasizes partisan polarization on these issues, with Democrats consistently most favorable toward Muslims and Republicans least. For example, only 42 percent of Republicans said the Islamic religion and social traditions are compatible with those more prominent in the western world.