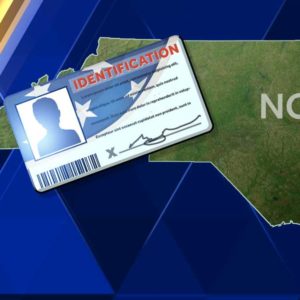 A three-judge panel of the North Carolina Court of Appeals ruled this week that the state’s voter ID law is an attempt to discriminate against African Americans, matching a prior temporary ruling in federal court.

The law, which is supported by a majority of North Carolinians, has been the target of Democrats and activist groups since its passage.

The law was passed after 55 percent of North Carolinians backed a referendum for a constitutional amendment requiring voters to have a valid photo ID.  However, a three-judge panel of the North Carolina Court of Appeals — all Democrats — ruled Tuesday that discrimination was a “primary motivating factor” behind the law, issuing a temporary injunction against its enforcement.

“This is especially true where the Amendment itself allows for exceptions to any voter-ID law, yet the evidence shows the General Assembly specifically left out types of IDs that African Americans disproportionately lack,” the judges wrote. “Such a choice speaks more of an intention to target African American voters rather than a desire to comply with the newly created Amendment in a fair and balanced manner.”

North Carolina Democrats praised the ruling, which all but ensures the law will not be in effect in this key swing state during the November elections.

“Today, the state Court of Appeals has chosen to unanimously side with democracy,” Democratic state party chairman Wayne Goodwin said in a statement. “This Republican legislature has repeatedly targeted African Americans with surgical precision to keep them from making their voices heard. We need to make it easier to vote not harder.”

House Speaker Tim Moore, a Republican, rejects this claim. “North Carolinians know that General Assembly leaders will continue to fight on their behalf for a commonsense voter ID law that they chose to put in our state constitution, and we will not be deterred by judicial attempts to suppress the people’s voice in the democratic process,” Moore said in a news release.

The Southern Coalition for Social Justice (SCSJ) represented five plaintiffs in the lawsuit. Allison Riggs, SCSJ’s lead attorney in the case, told InsideSources: “If we succeed in trial — as I think we will — then the legislature will have to go back to the drawing board and craft an ID requirement that is constitutional.”

Riggs noted that according to the judges’ ruling, a top Republican lawmaker said “public assistance” IDs shouldn’t be allowed because they follow federal government directives — so their reliability couldn’t be guaranteed by state officials.

“The failure to include public-assistance IDs was motivated in part by the fact that these types of IDs were disproportionately possessed by African American voters,” the judges wrote.

According to the National Conference of State Legislatures, 35 other states have laws “requesting or requiring” identification at the polls, arguing that the IDs prevent voter fraud. The number has increased steadily since 2000.

In response to the appellate court ruling, the conservative Civitas Institute filed ethics complaints against two of the three judges with the North Carolina Judicial Standards Commission. The complaints allege that judges Tobias Hampson and John Arrowood issued public statements during their 2018 campaigns opposing voter IDs, in direct violation of judicial standards.

“Judges are explicitly prohibited from doing this, according to their own rules,” Bryson said. “Voters already feel like their voice at the ballot box has been nullified by these judges, now they know they did not even get the fair hearing that the law demands. We urge the North Carolina Judicial Standards Commission to take immediate action.”