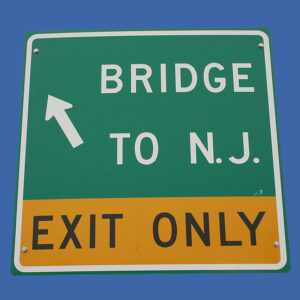 Hot on the heels of the Food and Drug Administration’s proposed ban on menthol-flavored tobacco products in April, some lawmakers in New Jersey apparently believe they can implement a ban sooner. Instead of rushing headlong, all advocates should stop to consider the potential negative consequences for public health, freedom and racial justice.

Earlier this month, New Jersey’s Assembly Health Committee voted in favor of a statewide ban on the sale of menthol products under penalty of civil fines of up to $1,000. The proposed rule would have to clear the state Assembly and Senate before heading to the governor’s desk for signature.

This theory was recently challenged in a Journal of the National Cancer Institute survey of 16,000 smokers, which “revealed similar quit rates among menthol and non-menthol smokers.”

For example, a recent article in the Journal of the American Medical Association found that the United Kingdom’s 2020 menthol ban was followed by a drop from 12 percent to 3 percent use of menthol among more than 7,000 teenage smokers. After listing competing studies, however, the paper left the substitution issue for “further research.”

Another recent paper reported that among more than 2,300 smokers, Canada’s 2015-2018 menthol ban saw a 21 percent to 22 percent cigarette quit rate among menthol users, compared with 7 to 8 percentage points less among non-menthol users. But what of substitution? Did smokers quitting cigarettes switch to flavored cigars or e-cigarettes, which are generally legalin Canada?

The ability to substitute with other, preferably safer, products is key to harm reduction, the policy designed to reduce the harm of destructive behaviors. Though substantial populations of American smokers say they would consider substitution in the wake of a menthol ban, U.S. lawmakers and regulators often outright oppose safer alternatives like e-cigarettes, particularly flavored brands, which, as studies overwhelmingly show, are healthier substitutes for everyone and help more smokers quit. Without a safety valve, as San Francisco discovered in a major study of teen smoking after its ban of all flavored products, cigarette use may “more than double.”

The FDA’s review of whether e-cigarettes can remain on the market has yet to approve menthol e-cigarettes. “Without this option,” argued a recent Wall Street Journal column, “menthol smokers may be tempted to tap the illicit market or self-mentholate regular cigarettes” — as in the U.K. and European Union after the 2020 E.U. ban. As the Wall Street Journal column suggested, smokeless alternatives like e-cigarettes or tobacco pouches would not only be safer but may also be an alternative revenue source that stunts tobacco companies’ resistance to menthol bans.

Other concerns with a blanket menthol ban abound. Dr. Jeffrey A. Singer, a general surgeon and senior fellow at the libertarian Cato Institute, recently amassed a large body of scientific literature to argue that menthol products are actually “no more addictive than non-menthol cigarettes, are associated with less tobacco consumption, and maybe even a lower cancer risk.” Singer also questioned the need for a menthol ban by presenting evidence that youth smoking is at an all-time low and rapidly decreasing. At the same time, 60 percent of teen smokers don’t even prefer menthol cigarettes.

None of this even considers broader policy or philosophical questions. Serious consideration of a menthol ban must account for its likely disparate racial enforcement. The ban’s paternalism also bespeaks illiberal intolerance and an uncomfortable classism.

Without a sober accounting of these potential harms from menthol bans, politicians should kick their unhealthy prohibition habit. If they don’t, New Jersey voters should kick them out.

Michael Zigismund is an attorney in New York City. He wrote this for InsideSources.com.