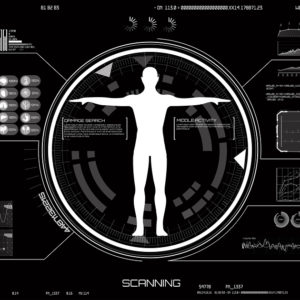 Naked With Clothes On

Naked with clothes on.

That seems like an oxymoron, how can one be both at the same time. It can’t if we’re considering only body clothes. However, the mind, in effect, has clothes on it covering personality. When those type clothes are removed, private information is disclosed.

That information ends up in government and commercial databases. It includes how we think, what we buy, medical history, political affiliations, social media interactions, phone conversations, TV preferences, and the list goes on and on! If assembled by a government for every person, it would be tantamount to establishing a police state where the government knows everything about a person.

China is in the process of doing just that! Can it happen in this country? That’s what the present administration is proposing!

It stated it wants to access everyone’s driver license and identification card and run facial recognition. Then interrogate the government databases and build a dossier on each individual.

Fortunately, politicians have no idea of what that really entails so we are protected by ignorance and a number of major stumbling blocks. Let me put it another way; comparably, climbing Mount Everest would seem like a snap. The first cliff to scale is a law that prevents the dissemination of information between certain agencies.

OK, let’s assume for a moment the government can overcome that obstacle. Then comes real-world technology issues, database incompatibility, similar to one existing in Italian and the other in Chinese. Simply stated, most agencies don’t talk to one another data-wise. Can they be made compatible? Yes, given time and money.

The next cliff is resolving information errors. I know that no one has ever placed an order for something and it came back wrong. The government also makes mistakes. For example, according to news reports, the government is killing more than 600 people a month.

How can this be? It’s rather simple. There’s a document in the government’s database called the Death Master File. When someone dies, their Social Security number is entered into it. Oops, someone typed a wrong digit, and a person alive is now bureaucratically dead. The average time to fix it is 18 months.

How big is the information error problem? Chances are every person in the country, 248 million, has at least one incompatible piece of information in one of those many databases. How long will it take to resolve each problem? If it only took one hour to fix one item, it would take more than 100,000 person-years, or $4.5 billion to fix. The government is not the most efficient operation of solving problems, so select a new number of hours per fix.

Politician often use words to impress without understanding what they mean. Fortunately, we don’t have a centralized anything, and the practicality of a government based dossier are just political promises or dreams meaning nothing.