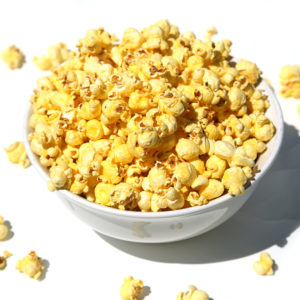 It’s a comfort food. It’s a snack food. No … It’s Super Popcorn. Just in time for our need to crunch, we have upon on us National Popcorn Day, and it’s not as trivial as one might think.

Consider this: The average American eats conservatively 38 quarts of popcorn annually, though some sources estimate almost double that. If that person is not you, then it’s your neighbor or family member. Alternatively, it just might be you, and you’ve lost count of the kernels.

But on this day, January 19, National Popcorn Day, we have many reasons to celebrate popcorn that goes beyond our immense consumption. Here are just a few favorite factoids:

Recent times have added new chapters to the glory of popcorn. If your focus is on health and fat content, consider this: One cup of au naturel popcorn is 31 calories, compared to a similar cup of potato chips with a dissimilar 140 calorie-count. Popcorn is gluten-free, 100 percent whole grain, and devoid of allergens. There is almost nothing we can say to slam this snack when eaten in a wholesome state.

We have other reasons to celebrate the day. Let’s say you’re the type who loves efficiency of all things. Popcorn performs here, too. It turns out that for good quality popcorn, we can expect only 2% of the kernels to be un-popped (Note to self: I must buy better popcorn).

And if you’re the type who feasts on science and how matter transforms itself, consider this: Each kernel contains a minuscule amount of water which when heated, turns to steam, and pop goes the kernel.

For all these reasons and more, it’s a day to toast our favorite and historic snack. Especially after the year we’ve experienced where we’ve been stressed, siloed at home, wondering about the future, and streaming endless movies, popcorn has become one of our best companions.

Even better—as if we need one more reason to celebrate the day—popcorn is the kind of topic where most everyone agrees. No one gets triggered as we land in a safe and comforting space.

Popcorn—dress it up, dress it down. Hoard it, or offer it as a gourmet gift. Its range and delectability have immeasurably improved our life.