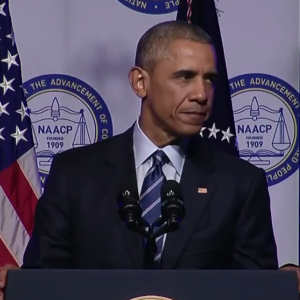 “Insofar as it coexists with the belief that you should use sparingly the overwhelming power of the government, I think conservatives should get on board,” Cooke told InsideSources at the libertarian Cato Institute on Tuesday afternoon.

Cooke was speaking just minutes after a panel discussion of his new book, “The Conservatarian Manifesto.” He noted declining crime rates across the country and fleshed out how changes to the justice system could be consistent with limited government principles.

For example, the writer referenced the high-profile case of Eric Garner, the man who died last year in Staten Island after police appeared to put him in a chokehold for selling loose cigarettes on the street. Like many observers, Cooke concluded that the police action wasn’t appropriate.

“He was only selling a cigarette,” he said. “Give him a citation.”

The notion that the punishment doesn’t always fit the crime in America was a central point of the major speech Obama delivered in Philadelphia later in the afternoon.

Addressing the National Association for the Advancement of Colored People, the nation’s first black president made the case that there’s “a long history of inequity in the criminal justice system,” with a disproportionate number of minorities behind bars.

“We can’t close our eyes anymore, and the good news — and this is truly good news — is that good people of all political persuasions are starting to think we need to do something about this,” Obama said.

The president noted that the U.S. incarceration rate is four times higher than China’s, and America keeps more people in jail “than the top 35 European countries combined.” This means the federal government spends $80 billion each year on prisons, including housing many people who haven’t committed violent crimes.

“As Republican senator and presidential candidate Rand Paul has said — and to his credit he’s been consistent on this issue — imprisoning large numbers of nonviolent drug offenders for long periods of time costs the taxpayers money without making them any safer,” Obama said. He later added, “Mass incarceration makes our country worse off, and we need to do something about it.”

The president put forth a series of policy proposals, including sentencing reform, job training initiatives for prisoners and reconsidering the practice of solitary confinement. He also said felons should be allowed to vote once they’ve served their sentences.

At the end of the speech, Obama referred to the black unemployment rate of 9.5 percent as a crisis and said “we have to be just as concerned about continuing to lift up job opportunities for these young people.”

Of course, conservatives likely will disagree with Democrats on how to lift up opportunity in minority communities.

A series of prominent conservative groups have voiced their support for criminal justice reform, including the American Conservative Union Foundation, the Heritage Foundation, the Faith and Freedom Coalition and the Family Research Council.

Still, some concern remains on both the left and right. Former Congressman Al Wynn, D-M.D., expressed his worry ahead of the president’s speech that underlying economic problems also need to be addressed along with criminal justice reform.

“It’s truly monumental that President Obama is demonstrating brave leadership in the important dialogue of criminal justice reform.  He is the right man at the right time to talk about improving the relationship between the public and the police and for ensuring the punishment fits the crime,” said Wynn.  “In addition, however, the president should also focus on increasing economic opportunities in communities of color. The unemployment rate among African Americans is double the national rate and for young, black men it’s even higher. It’s too easy for young people to be caught up in the fast cash of crime, when jobs are scarce.”