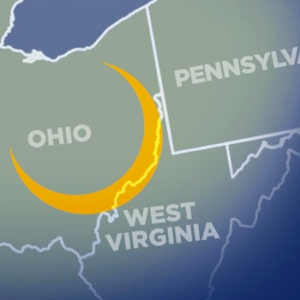 A new industry report claims that increased production of natural gas in three states has led to $1.1 trillion in energy savings across the nation and more than $90 billion in savings for consumers in the production region.

The report from Shale Crescent USA looked at lower gas prices in general and higher production volume specifically in Ohio, Pennsylvania, and West Virginia from 2008 to 2018. Shale Crescent is a nonprofit organization comprised of individuals and companies seeking to promote natural gas development and manufacturing along the Ohio River Valley.

Shale Crescent co-founder Jerry James said the abundance of natural gas is attractive to manufacturing and should reinvigorate the region’s economy.

“We tell manufactures to locate their business in this region to take advantage of the savings,” said James, who is president of Artex Oil Company. “If you build on top of the resources and in the center of your demand, it saves manufacturing costs. And the savings they get is profound.”

The Ohio River Valley is within a day’s drive of half of the U.S population, which provides 70 percent of North America’s demand for polyethylene, and 77 percent of polypropylene, according to IHS Markit, an industry and market analysis group. The region is also responsible for 32 percent of the country’s natural gas. IHS Markit estimates that will grow to 45 percent by 2040. James noted that if the three states in the Shale Crescent formed their own country, it would be the third-largest natural gas producing country in the world.

For manufacturers, those are all attractive reasons to build in the area.

“The natural gas savings we realized were the driving force in reducing operating costs, which allowed Eagle to expand our workforce and grow as a company,” said Joe Eddy, former president and CEO of Eagle Manufacturing, which produces more than 750 products from its Wellsburg, West Virginia site.

James said the region’s history as a manufacturing powerhouse 100 years ago was due to access to energy resources. By the late 1800s, Ohio was the leading producer of natural gas in the world based on its proximity to the Utica and Marcellus shales, both of which are being tapped again for their potential to maximize natural gas production.

The full report is available at OneTrillionSaved.org and found that the growth in natural gas production has resulted in more than $4,000 in savings per household from 2008-2018 for those using natural gas. Fully 85 percent of that growth is from the Shale Crescent region, which helped residential, commercial, industrial and electric-power generating sectors save a combined $90 billion since 2009.

The ripple effects of the shale formations’ production have led to lower residential energy bills for low-income households in the region. According to the report, households with the lowest 20 percent of income saw energy bills drop by 30 percent or an average of $315 since 2008.

Meanwhile, environmentalists and progressives continue trying to shut down natural gas production with the city of Berkeley, Calif., becoming the latest jurisdiction to ban heating fuel as an energy source in most new construction. The Natural Resources Defense Council noted the city is one of 50 in California looking to ban natural gas in all new construction.

New York Gov. Andrew Cuomo, who stopped a natural gas pipeline development, has drawn the ire of the U.S. Environmental Protection Agency. EPA Administrator Andrew Wheeler said earlier this week the agency will review how states are using section 401 of the Clean Water Act to shut down pipelines. Wheeler said that most states use that authority “thoughtfully” but Cuomo used it solely due to his opposition to fossil fuels. Earlier this year, Cuomo signed into a law a plan for the state to be carbon neutral by 2050.

The energy company at odds with Cuomo – National Grid Plc – has said that it may use trucks to transport heating oil during peak demand periods this winter, running two trucks an hour for up to eight hours per day with fuel coming from potentially New Jersey or Pennsylvania, according to its top executive.