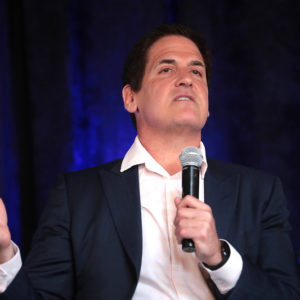 NBA’s Cuban: Despite Genocide, China’s a ‘Customer,’ and I’m OK Doing Business With Them

During a heated exchange with journalist Megyn Kelly, celebrity billionaire and NBA owner Mark Cuban rejected calls to condemn China over its treatment of the Uighur Muslim minority and instead said they are NBA “customers” who he’s “OK doing business with.”

During an interview on Kelly’s podcast posted Monday, the host pushed Cuban to “condemn the genocide that’s going on right now in China.”

Cuban refused, arguing that such a statement would nearly create headlines. “What’s more important to ask is what actions that I think are important to deal with these issues,” Cuban said. “I’ve been involved in trying to increase the number of slots available for asylum seekers here in the United States.”

Kelly challenged whether supporting asylum in general was a strong enough reaction from the NBA to the specific behavior of the communist Chinese regime.

“They are a customer. They are a customer of ours,” Cuban responded. “And guess what, Megyn? I’m okay with doing business with China. You know, I wish I could solve all the world’s problems, Megyn. I’m sure you do too. But we can’t. And so we have to pick our battles.”

The NBA aggressively pursues the Chinese market, despite a new report in Foreign Policy finding that China’s suppression of its Muslim ethnic minorities meets the United Nations definition of genocide.

And the spokesperson for the U.S. National Security Council said in a statement: “The Chinese Communist Party’s atrocities also include the largest incarceration of an ethnic minority since World War II.”

Longtime sports talk host Gerry Callahan was unimpressed. “Look at his excuses: ‘We can’t solve the world’s problems?’ Megyn wasn’t asking him to solve everyone’s problems. She was asking him to condemn genocide by one of the NBA’s business partners,” Callahan told InsideSources. “Not asking a lot, really. But tough-guy Cuban couldn’t do it.”

Kelly also asked Cuban about the league’s relationship with Black Lives Matter, an organization founded by three women activists, two of whom describe themselves as “trained Marxists,” according to Politifact. Cuban acknowledged he’s familiar with the views of the three founders, but he argued the NBA was pushing the overall message of Black Lives Matter, not the organization itself.

“So, first of all, let’s talk in terms of who we support,” Cuban said. “There’s BlackLivesMatter dot com [emphasis added]. And that’s where you go to get the information about the organization. Those are the people who started the hashtag. That’s all they did. If we were supporting BlackLivesMatter.com, don’t you think Megyn, we would have been smart enough to put the ‘dot com’ on the court, along with Black Lives Matter?”

“Come on, now you’re splitting hairs,” Kelly answered. “So what Black Lives Matter are you supporting?”

“We’re supporting the movement. It’s really a distributed movement across the country to try to end racism, to bring awareness to social justice issues.”

“If we were supportive of those three founders, don’t you think we would have had one of them on an NBA podcast?” Cuban asked.

Kelly responded that if the NBA was supporting an overall message and not the Black Lives Matter group, the main message, “whenever you see a representative from the group, and organizer, people who go to the protests, it’s one thing: Defund the police.”

Embracing the fight against injustice in America while embracing the Communist Chinese regime strikes some as sheer hypocrisy.

“Cuban clearly is just another NBA employee who is under orders not to speak ill of their communist masters in Beijing,” Callahan said. “And he is obeying his bosses like a good little underling.”

And, Callahan added, “Megyn stripped him naked and exposed him. It was a beautiful thing.”