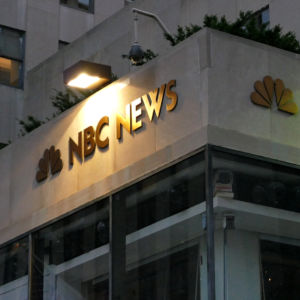 NBC’s Conflict of Interests at Olympics

The strange case of NBC sports commentator Joshua Cooper Ramo touched the sensitive nerves of millions of Koreans. Thousands responded with indignation, aggrieved feelings, even outrage to his on-air remark at the Winter Olympics to the effect that “every Korean will tell you that Japan as a cultural and technological and economic example has been so important to their own transformation.”

The comment was absurd if for no other reason than most definitely “every Korean” is not prepared to give Japan that much if any credit for South Korea’s rise from the depths of poverty after the Korean War to its current standing as the world’s 11th or 12th most powerful economy.

Obviously, the credit goes to Koreans, who on their own have amply shown what they can do after 40 years of Japanese oppression from 1905 when Japan took over Korea after defeating Russia in a war fought for control of the region. Or should we date Japanese rule from 1910 when Korea was annexed as a Japanese colony?

Either way, Japan stopped Korean entrepreneurs from going into basic industries, all under the thumb of Japanese, while also inculcating into Koreans some of the habits and traits that made Japan a great economy before surrendering in August 1945.

One could debate the role of the Japanese, the degree to which Koreans emulated them or were influenced by them, but another question is still more significant and also troubling. That is, what was Ramo doing as a trusted on-air commentator considering he holds posts of vice chairman and chief executive officer of Kissinger Associates, the international consulting firm of Henry Kissinger?

NBC, in the furor over his remark about what “every Korean will tell you,” simply got rid of him, threw him out, at least for the duration of the Olympics. That reaction, of course, reflected NBC sensitivity over another issue, namely that NBC has exclusive rights to broadcast the Games for American audiences and had to be very careful not to offend its Korean host.

NBC’s response, though, left unanswered the basic ethical question, why would NBC honchos not have seen a tremendous conflict of interests in taking on a guy who was making mega-bucks from a company doing business with Japanese and other international firms? Would NBC or any other reputable news organization offer such a gig to someone who they knew was on the payroll of a firm that might want to influence news organizations into putting out favorable commentaries about its clients?

Think of the money that Kissinger Associates has been raking in for years from Japanese firms. Kissinger Associates is well known to have huge contracts with Chinese companies in view of Kissinger’s own background as the figure most closely identified with the opening of U.S. relations with China. Ramo was and is no minor cog in that organization. He’s running it.

You can’t quite imagine the New York Times hiring someone who’s holding a job as a public relations person reaping huge fees, payoffs really, from clients who want good things said about them. Who would have thought NBC would want anything to do with someone on the generous payroll of Kissinger Associates?

Oh, right, he’s talented, maybe brilliant, a proven veteran as a commentator and editor. And yes, it might be argued, sports is different, sports isn’t “news” in the sense of, well, real news. The world is not going to rise or fall, wars won’t be fought, on the basis of who wins Olympic gold.

Yes, but the Olympics are a little different, especially these Olympics. Politics always gets involved, never more so than in the current Games in which every move made by North Korea’s high-level visitors was watched, reported and analyzed in painstaking detail.

The expressions on the face of Kim Yo-jong, younger sister of North Korean leader Kim Jong-un, the interaction, or lack of it, with Vice President Mike Pence, the comments of South Korea’s President Moon Jae-in dominated the Olympic news until Pence and the North Korean high-level delegation all left in a blaze of speculation about the future of the North-South confrontation.

If Ramo wasn’t commenting publicly about the real news from the Olympics, did not his influence extend considerably beyond on-air sports commentary? Would he not have been expressing his thoughts around NBC behind the scenes? To what degree did his infamous comment spring from his relationships with Japanese clients? And, if NBC had to let him go, what about those most involved in hiring him? As far as I know, no one’s asking these questions, let alone answering them.