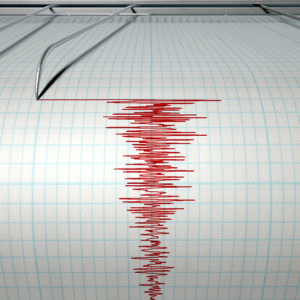 There is no credible way to address offshore drilling in the Atlantic without conducting seismic tests to see how much oil and natural gas lie beneath the Outer Continental Shelf. That is why the National Marine Fisheries Service has approved a plan to map the ocean floor off the coast, from Delaware to Florida.

Geologic studies over the years show that the Atlantic Continental Shelf offers real promise. For the Atlantic OCS, the Interior Department’s Bureau of Ocean Energy Management estimates that up to 9.2 billion barrels of oil and 67.7 trillion cubic feet of natural gas could be recovered from federal waters using available technology. The potential oil resources are larger than those of Canada and Australia combined.

As evidence of recoverable oil and gas accumulates, and the potential economic benefits become clearer, the case for offshore drilling becomes compelling.  Opening up the Atlantic OCS would provide an estimated $195 billion through 2035, generating 280,000 jobs and producing $51 billion in government revenues.

Most of the benefits will accrue to states along the East Coast, according to a study done by the American Petroleum Institute and the National Ocean Industries Association.

Could 2019 be the year when leasing federal offshore waters to oil companies becomes a reality? Last January, the Trump administration opened up more than 90 percent of the OCS to lease sales. And recently the National Marine Fisheries Service selected five companies to conduct seismic testing off the Atlantic Coast.

But several East Coast governors oppose seismic tests, arguing that air-gun pulses pose a danger to marine mammals and fisheries when, in fact, studies have shown that the tests can be conducted without doing serious harm to wildlife. What’s  remarkable about these governors’ response to the tests is that it seems disconnected not only from the energy needs of the Atlantic coastal economy but from the fact that seismic tests are critical for a wide range of government and university research.

Yes, it is an ambitious plan to open up the Atlantic to offshore drilling. President Trump was right in taking this action. As he said, in opposing the Obama administration’s earlier ban on Atlantic drilling, it “deprives our country of potentially thousands of jobs and billions of dollars in wealth.”

Predictably, the leasing plan has run into a determined legal assault by some governors, landowners and environmental groups in Atlantic Coast states.

The economies of many coastal states now lie with the judicial branch.

Drilling for oil and natural gas in deep water used to be much more risky. That is because it could result in a blowout and oil spill like the Deepwater Horizon accident in 2010 that took the lives of 11 workers and despoiled part of the Gulf of Mexico.

But those aren’t mistakes that the oil industry wants to repeat. The accident gave offshore producers a much-needed jolt. It made them realize how serious the consequences of not having the proper respect for offshore safety were. The accident caused the industry to look at itself in a self-critical way and to respond to deficiencies in company management, emergency planning and possible new regulations.

Immediately after the accident happened, oil companies responded appropriately, reassessing deepwater operations and improving their ability to respond to any future emergencies. And by applying the lessons learned from the accident, they managed to limit environmental and economic damage.

The industry showed that it was fully capable of tackling the equipment and operator problems involved in the Deepwater Horizon accident and the larger issues of management and coordination. There has been significant progress on all these fronts.

What set the industry’s response apart from those in the past was the pace at which the adoption of best technology and drilling practices occurred. Departments within oil companies worked together to adopt innovative new technologies, some of which like digital data processing now allow them to make real-time decisions.

There have also been major changes in predictive maintenance. Companies increased the number of sensors deployed throughout drilling operations, which enables rig operators working with computers onshore to monitor what’s happening 10,000 feet under the sea bed.  And the use of drones and robots for underwater monitoring has made it easier to detect and fix infrastructure problems.  This has improved drilling efficiency and safety levels.

That said, the seismic testing and lease sales considered in the administration’s plan come with some challenges. The current legal responses to the plan thrusts the role of state governments front and center. If states continue to oppose offshore drilling and ignore the success in technological development, it cost states and local governments hundreds of millions annually in lost royalties and tax revenues.

J. Winston Porter is a national energy and environmental consultant in Atlanta. He formerly was an EPA assistant administrator in Washington. He wrote this for InsideSources.com.