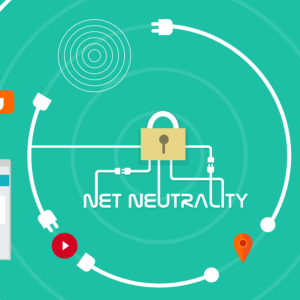 While States Try to Implement Strong ‘Net Neutrality’ Regulations, the Real Power Lies in the Courts

In the months following the Federal Communications Commission’s (FCC) 2017 decision to reclassify broadband under the regulations that governed the internet up until 2015, Democrats in states across the country have been retaliating by either taking executive action or drafting legislation to maintain the FCC’s 2015 common carrier regulation of Internet Service Providers (ISPs). Nebraska, New Mexico, California, New York, Rhode Island, Washington, and more are following what appears to be a national movement that’s attempting to reverse the FCC’s rollback of the strong net neutrality regulations.

States like Montana and New York have already issued executive actions that indirectly regulate broadband companies and ISPs by using the states’ respective monetary power to negotiate broadband services to providers that uphold the net neutrality principles outlined in the FCC’s 2015 ruling. But while states try to flex their power under the mantra of local control, the question remains how much authority lies on the side of states when dissenting from a federal regulatory agency.

In Iowa, a House bill aimed at giving Iowa the authority to regulate broadband companies and ISPs under the FCC’s 2015 regulations was introduced this week. The “Iowa Internet Net Neutrality Act” (IINNA), sponsored by  Rep. Liz Bennet (D-District 65) would mandate that broadband companies and ISPs not participate in paid prioritization practices, block lawful content, impair internet traffic, and make available to the public their practices when handling different forms of online content. The bill is unlikely to receive much support in Iowa’s Republican-controlled legislature and governor’s office. And even if it did, it’s legality is highly questionable and it would fall upon the courts to decide.

According to Graham Owens, legal fellow with the think tank TechFreedom, all of these movements, whether through executive actions, or possibly through state law, will have a tough time being implemented and upheld in an eventual court case.

Visiting scholar at the American Enterprise Institute Roslyn Layton concurs with Owens’ take, expressing that the bill and others like it across the country “would violate the Constitution, the Communications Act, and the FCC’s preemption authority.”

Owens said that due to the FCC’s recent reclassification of the internet as a Title I entity, the agency has the power to preempt such legislation and action. Preemption is a principle that allows Congress or other federal agencies to stop states from enacting laws that both Congress and federal agencies have the authority to rule on.

“Essentially, it takes away the states’ ability at all to regulate [the internet],” Owens said. “Any sort of regulation that applies to broadband is going to have a difficult time surviving preemption.”

Owens said this is predominantly because of the Title I designation, which according to Congress and the courts in the implementation of the Telecommunications Act, states once an entity is classified as an information service, under Title I, the states have no authority to regulate it, citing Minnesota Public Utilities Commission v. FCC.

Should such legislation survive through a legislature and become a law, the FCC can preempt the state and stop the law. However, Graham said that an ISP or broadband company would need to challenge a state’s law citing the FCC ruling; the FCC wouldn’t be able to merely stand on its authority. In this case, Graham said, the decision could be up to the courts and their view on the FCC’s 2017 decision, as well as a pending decision from the U.S. Supreme Court on the FCC’s prior 2015 decision, which may violate earlier jurisprudence.

For states that have issued executive orders that use their monetary power to get broadband companies and ISPs to implement net neutrality practices in order to obtain the state’s business, Graham said that though it’s not a direct regulation, the practice is an indirect regulation, and could succumb to preemption. The only way it could potentially survive preemption would be if the action was very narrow in scope and only applied to one company, and the order originated from an issue that requires such an order, and even then, could still be challenged, said Graham.

Given the legal authority on the side of the FCC according to prior court rulings, Graham said that the timing of the FCC’s decision and the response to try and keep the 2015 rules is political in nature, and could cause a dilemma in legislatures across the country. Layton emphasizes that Democratic state legislatures pushing for these proposals are showing they have few ideas for how to improve their state’s economies.

“When you have no real policy proposals, the best you can do is virtue signaling and copy-paste from the Democratic Party playbook,” Layton said. “The Democrats used to be a party of science and innovation, but now all they can offer is central planning of technology. They are out of policy ideas.”

The next steps facing both the FCC and states who are fighting back with executive action and legislation is to wait for the courts to rule. The only way a regulation can be challenged is if an ISP or a broadband provider challenges the action of a state in court, at which point, the court might have to wait to rule until SCOTUS deliberates the constitutionality of the 2015 order.