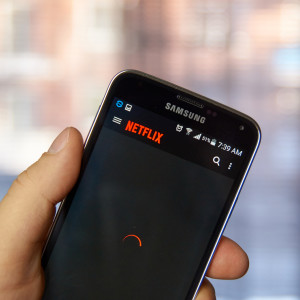 How Netflix Could Find Itself in Court Over Throttling

While last week’s disclosure that net neutrality advocate Netflix has been throttling its own traffic to customers won’t subject the video streaming service to enforcement action by the Federal Communications Commission, the edge provider could find itself in the crosshairs of the Federal Trade Commission.

Last Friday the Wall Street Journal revealed Netflix, the leading edge provider advocate in the push for the FCC’s net neutrality rules, has been throttling traffic to customers on AT&T and Verizon networks for the last five years, limiting their ability to stream video in maximum quality — a practice it did not disclose to consumers.

The FCC’s 2015 Open Internet Order banning traffic throttling and other net neutrality violations the video streaming service lobbied for only apply to Internet service providers like AT&T and Verizon. Netflix and other edge providers fall under the jurisdiction of the FTC, the regulator currently pursuing enforcement action against AT&T for failing to notify customers it was throttling data downloads for subscribers with unlimited data plans.

Both the FCC and FTC fined AT&T $100 million for neglecting to notify customers with unlimited data plans they were subject to reduced download speeds if they exceeded as little as 2 gigabytes in a single billing cycle. Between 2011 and 2014 the provider throttled data by as much as 90 percent for 3.5 million customers an average of 12 days out of every billing cycle.

In its October 2014 complaint the FTC said AT&T “misled” consumers “by failing to adequately disclose the nature of the throttling program to consumers who renewed their unlimited data plans.” At the time, AT&T did not disclose the potential for throttling in its terms of service agreement — a violation of Federal Trade Commission Act Section 5, which prohibits ‘‘unfair or deceptive acts or practices in or affecting commerce.

AT&T challenged the fine in the U.S. District Court for the Northern District of California, where both sides presented oral arguments in November. AT&T argued as a newly classified common carrier under the FCC’s net neutrality order adopted last February, it’s no longer subject to FTC jurisdiction, whereas the agency argued AT&T is not exempt from enforcement for actions undertaken while it was overseen by the FTC. The Ninth Circuit has yet to issue a ruling.

However the same court sided with AT&T this year in a class action lawsuit brought by subscribers of said plans after Judge Edward Chen upheld the arbitration clause in the provider’s contract, which forces subscribers to forfeit their right to take AT&T to court or file class action lawsuits when agreeing to its terms of service. The clause only allows individuals to file complaints in small claims court or enter into binding arbitration with the company directly.

Netflix in 2012, shortly after it began throttling subscriber’s video downloads, introduced its own arbitration clause into its terms of service agreement. AT&T subscribers attempted to challenge its clause on First Amendment grounds, arguing they have the right to petition the court for redress of grievances and that arbitration or small claims court on individual bases fail to provide an “adequate forum” for complaint.

Chen denied the motion, citing a 2011 Supreme Court decision siding with AT&T in a previous challenge to an arbitration clause — the same likely result any suit against Netflix would face.

Larry Spiwak, president of the regulatory think-tank Phoenix Center, said subscribers could file a complaint with the FTC under Section 5, though the agency is under no obligation to act on it.

“The FTC will make its own decision whether to bring a lawsuit or not,” Spiwak told InsideSources Monday, citing the FTC case against AT&T. “They should, to be fair, but that’s going to depend on the circumstances, facts of the case and their [potential] investigation.”

“Will they?” Spiwak continued. “Who knows, they’re not going to tell you until they do it.”

He added there’s nothing wrong with Netflix engaging in “reasonable network management” practices to alleviate congestion or higher prices for subscribers, which is permissible so long as companies are transparent in disclosing the practice.

“The problem is they were completely, totally and utterly hypocritical,” Spiwak said. “Netflix essentially blamed what they were doing on the carriers.”

Spiwak, a former attorney at the FCC, said the disclosure is evidence everyone from edge providers to ISPs should be able to engage in similar practices to benefit consumers by managing networks for efficiency and prevent users from exceeding their data caps — the justification Netflix gave following the WSJ story.

“That’s the whole problem with net neutrality,” Spiwak said. “Broadband service providers should be allowed to do something of the same thing to deal with congestion” and avoid raising prices for network usage as an alternate means of alleviating cramped networks.

“The only thing you have left is price,” Spiwak said. “The net neutrality rule will probably inevitably lead to higher prices. That, I think, is the big takeaway from this.”