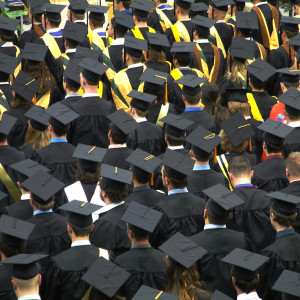 The U.S. Department of Education’s top civil-rights official set off a firestorm when she told the New York Times — erroneously — that 90 percent of college sexual assault cases “fall into the category of ‘we were both drunk’” or post-relationship regret.

Candice Jackson quickly and appropriately retracted her remarks, but her comments unintentionally highlighted the practical limits of a federal approach to the tragedy of campus sexual assault.

—Twenty-five percent of sexual assault victims say they were drunk or otherwise unable to provide consent or stop the attack from happening.

—Just 24 percent of sexual assault victims say physical force was used against them.

The “typical” sexual assault or rape does not conform to the stereotype of the stranger/rapist lying in wait for his next victim. Rather, predators are more likely to take advantage of the environment or to psychologically manipulate their targets to commit the assaults or rapes. These behaviors are enabled by today’s “hookup” culture that has, for many college students, blurred the lines regarding consent and acceptable behavior.

These cases often lack the physical and corroborating evidence needed to successfully prosecute a case in conventional criminal and campus investigations. “Hard” evidence is relatively uncommon, and attempts to uncover the truth require lengthy interviews, an understanding of young adult behavior and cultural norms, and fact-finding that doesn’t suit the adversarial approach that dominates investigations modeled on the U.S. criminal justice system.

Complicating matters further is the variation in college campus climates. A nine-campus survey funded by the U.S. Department of Justice found that sexual assaults reported by undergraduate women varied from 5.8 percent to 20 percent, and the likelihood of rape varied from 2.2 percent to 6.2 percent.

Effective strategies designed to reduce sexual assault and rape have to be designed for the individual campus and culture. In many cases, perhaps most, non-adversarial approaches that balance responsibility and culpability in light of the harm perpetrated by the offender are more likely than older approaches to lead to more-just outcomes.

These nuances require a more holistic and layered approach than federal directives can provide under programs such as Title IX, the federal statute being used to guide sexual assault investigations on college campuses. Indeed, the federal government’s primary strategy has been to lower evidentiary standards to secure more convictions rather than to support alternative approaches that may do a better job of holding offenders accountable for their actions and changing campus culture.

This is not to suggest that the efforts to engage the federal government in addressing college sexual assault through Title IX were wasted efforts. On the contrary, colleges and universities routinely ignored the problem until student survivors (not federal investigators) identified Title IX as a practical mechanism to raise awareness about the pervasiveness of sexual assault and prod long-overdue action.

Now, however, campus activism should be refocused to engage administrators constructively in more-holistic solutions with a greater chance of achieving sustainable results. More-innovative approaches that focus on bystander intervention, securing individual dignity, and directly addressing the harm created by assault would result in the cultural and procedural shifts necessary to reduce campus sexual assault.

To be sure, Candice Jackson’s comments were ill-informed — in fact statistically wrong. But those comments should not distract advocates from the real goal of purging campuses of the scourge of sexual assault and recognizing the practical limits of a federal approach.