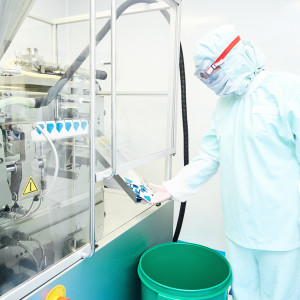 The safety of drugs that lack FDA approval but that are relatively inexpensive has emerged as a major issue in Washington and on the campaign trail as candidates and policymakers contend with mounting public concern over rising healthcare costs.

The issue came to the fore with the recent announcement by Express Scripts, one of the nation’s largest pharmacy benefit managers (PBM), that it would make available these drugs, known as compounded drugs, to patients suffering from toxoplasmosis as a substitute for the only FDA-approved medication to treat the disease.

In unveiling its partnership with drug compounder Imprimis, Express Scripts lauded the agreement as a way for patients to save money. “We believe we now have a safe, high-quality and extremely cost-effective way to provide access to a Daraprim alternative,” said Dr. Steve Miller, Senior Vice President and Chief Medical Officer of Express Scripts.

The head of Imprimis Pharmaceuticals, Mark Baum, went even further, arguing that compounded drugs may be a way to reduce drug costs as pharmaceuticals grow as a percentage of overall healthcare spending. Baum said, “I really believe the future of compounding is in 503B outsourcing facilities. It is in making as many drugs that are compounded as possible.”

However, the extent to which compounded drugs could serve a broad population was met with some skepticism by Dr. Erin R. Fox, director of the Drug Information Service at the University of Utah Health Care. “Compounding can be critically important for some patients. Some patients absolutely need to have a medication compounded,” she said. “[But] doctors and patients should know that compounded drugs don’t go through the same rigorous quality control and production standards that FDA-approved drugs go through.”

An FDA spokesperson declined to comment on this specific issue, but according to its website, the agency “does not verify the safety, or effectiveness of compounded drugs.” Additionally, the FDA warns, “[t]here can be health risks associated with compounded drugs that do not meet federal quality standards. Compounded drugs made using poor quality practices may be sub- or super potent, contaminated, or otherwise adulterated. Additional health risks include the possibility that patients will use ineffective compounded drugs instead of FDA-approved drugs that have been shown to be safe and effective.”

Back in 2012, a meningitis outbreak that sickened more than 700 people and killed at least 50, was traced to a compounding facility in Massachusetts setting off a wave of heightened concern and regulatory oversight. A law that Congress passed the following year to give the FDA more oversight of compounders was met with muted praise from the regulatory agency. “While the new law doesn’t provide the FDA with all the additional authority it sought, these provisions are definitely progress,” Dr. Janet Woodcock, director of the FDA’s Center for Drug Evaluation and Research said at the time.

Separately, Imprimis itself has had challenges with its compounding facilities in New Jersey and Southern California, both of which have been issued letters from the FDA citing Common Good Manufacturing Practices (CGMP) violations that could call into question the safety and effectiveness of the drugs compounded there. The company said that it did not own the facilities at the time of the violations and had been working to bring them back into compliance with FDA standards.

But Peter Pitts, former FDA associate commissioner and president of the Center for Medicine in the Public Interest, expressed concern, “just because a facility changes ownership doesn’t mean that existing quality problems can be discounted.” Furthermore, Pitts added, “the FDA approves innovator and generic medicines based on the benefit/risk/quality equation. It’s a dangerous precedent for a PBM [Express Scripts] to decide on its own to use cost as the sole factor in reimbursement policy. It is irresponsible at best and dangerous at worst.”