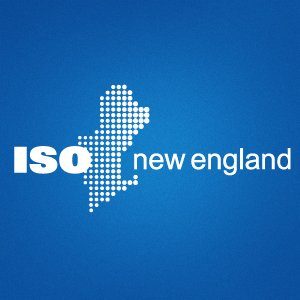 New England’s shift to renewable energy resources could accelerate if the six states in the region move to a carbon pricing system, according to ISO New England’s CEO and President Gordon Van Welie.

However, critics say advocates are overlooking the impact of such policies on electricity rates in a region that already pays some of the highest prices in the country.

“There’s no doubt that New England is moving toward a clean-energy future,” van Welie said on Friday, as he reviewed the ISO’s recently released 2020 Regional Electricity Outlook, during a conference call with reporters.

“The region’s resource mix has changed, and will continue to change over the coming years and decades, driven by innovations in the electric industry and state policy goals,” van Welie said. “The best way to achieve these goals and unlock this innovation is by harnessing the same competitive market forces that have kept the power system reliable for more than 20 years.”

The main focus of the 2020 report is ISO-NE’s annual “forward capacity auction” — which occurred last month — through which generators guaranteed fulfilling energy demands three years in advance. In exchange for their 2023-2024 commitments, bidders who cleared the auction receive monthly payments, expected to total approximately $980 million.

For the 33,956 megawatts procured in the auction, the clearing price was $2 per kilowatt-month, down from $3.80 last year, and the lowest it’s been in the 14 years since the forward capacity auctions began, ISO-NE said.

Van Welie noted that in recent years several New England states have signed long-term contracts to spur the growth of new renewable resources. These resources are compensated largely through the contracts and are less dependent on wholesale market revenues.

“This has created an inherent market design tension because other needed resources rely only on market revenue,” he said. “Pricing carbon is the simplest, easiest, and most efficient way to ease this tension and reduce greenhouse gas emissions.”

Carbon pricing can take two forms. The first is a carbon tax on the distribution, sale or use of fossil fuels, based on their carbon content. This creates a higher cost for those fuels and goods or services created with them.

The second is a system called “cap-and-trade,” where the total of allowable emissions are set — and companies are taxed if they produce a higher level of emissions than their permits allow. Companies that reduce their emissions can sell, or “trade,” unused permits to other companies.

Addressing a reporter’s question about carbon pricing challenges, van Welie said he doesn’t think it is insurmountable, but it will take time for people to get comfortable with the idea of a carbon price “and maybe [a] long time.”

However, there are those who believe that carbon pricing in New England will never fly as it will have a negative impact on ratepayers — and therefore consumers would reject the project.

“Despite rhetoric to the contrary, carbon taxes are incredibly unpopular,” Marc Brown, president of the New England Ratepayers Association, told InsideSources. “The New Hampshire House of Representatives recently tabled a carbon tax bill — for no reason other than fear of electoral losses by the majority party in the House.”

Brown said for the ISO to implement a carbon tax “with even a modicum of efficiency,” New England states would need to abolish certain policies that benefit ratepayers “and that will never happen.”

“Additionally, any tax and dividend scheme should be met with high levels of skepticism,” he said.

One of the energy sources that won an extra year on the capacity auction is the Merrimack Station power plant in Bow, New Hampshire. One of the region’s largest remaining coal-fired plants — and the only one not scheduled for decommissioning  — Merrimack Station will receive roughly $676,000 for each month from June 2023 through May 2024, a total of $8.1 million, in return for promising to generate power at any time the need arises.

When asked by InsideSources why Merrimack Station was allowed to participate in the auction, if the region was destined to move toward renewables, van Welie said: “It’s pretty simple: We do not discriminate amongst technology types when we’re securing better reliability service.”

“So the purpose of the auction [was] to select the lowest priced partners to supply the capacity service and they happened to appear in this auction,” he said, adding IS-NE does not “have an environmental mandate.”

However, van Welie admitted that if there was “a realistic pricing on carbon, it’s unlikely that Merrimack would clear.”

“Less than half a percent of energy came from coal and refinery sources in New England, so they hardly ever run,” he said, adding they “typically” only provide energy when the weather is extremely cold or hot.

“So the capacity market does not require somebody to run, the capacity market really is an insurance policy, to make sure that we can have enough resources to run, when we hit those very cold or very hot periods,” van Welie said. “But… 99.5 percent of the time, electricity is being supplied by a combination of nuclear, imports, natural gas and renewable resources.

“What’s going to happen over time, is that that mix is going to swing more and more towards renewable energy,” he said.