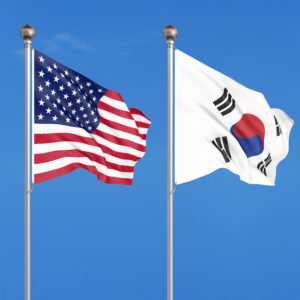 New Envoy to S. Korea Arrives at a Promising Time

The United States has a new ambassador to South Korea at a pivotal moment in U.S.-Korean relations and the confrontation between North and South Korea. Philip Goldberg has arrived in Seoul just as the United States and the Republic of Korea are beginning to see eye to eye, and South Korea’s president, Yoon Suk-yeol, promises to repair the damage done during the presidency of his predecessor, Moon Jae-in.

Luckily, Goldberg will not have to persuade Yoon of the dangers of scaling down joint military exercises or appeasing Kim Jong-un in hopes of another meeting filled with promises that will never be fulfilled. As Goldberg gets over jet lag from his flight from Washington and looks at his schedule, he has the luxury of knowing that the Yoon administration has changed course from the previous five years of liberal, if not leftist, governance.

Goldberg won’t have to edge his way around contentious issues as did the previous ambassador, Harry Harris, a retired admiral who once commanded all U.S. forces in the Pacific. Perhaps unavoidably, Harris, with no prior experience as a diplomat, had a way of upsetting Koreans by showing his annoyance with the left-leaning tendencies of the Moon administration.

Now Goldberg has the delicate task of not appearing overly eager to see Yoon get along smoothly with the United States against North Korean threats and China’s apparent interest in undermining the U.S. role in the region. A career ambassador who once was responsible for tracking compliance with sanctions imposed against North Korea for its nuclear and missile tests, Goldberg comes to Korea with the label of “hardliner.” No need for him to act really hardline, though, while the Yoon administration refuses to buckle under North Korean intimidation. At this stage, he has to watch approvingly, offering American support where needed.

Presumably, with his years as ambassador elsewhere, he’ll know what to do and how to react.

An early sign of the degree of cooperation between the United States and South Korea will be South Korea’s willingness to renew full-scale joint military exercises, which Donald Trump stupidly canceled after getting along so well with Kim Jong-un in their first summit in Singapore in June 2018. President Yoon has indicated he is all for exercises involving U.S. and ROK forces on the ground, in the air and at sea, as conducted for the last time in 2017.

The resumption of exercises will outrage North Korea, which will come out with blasts of rhetoric, missile shots, and possibly another nuclear test. The United States and South Korea should be on alert for some surprise that Kim may stage for maximum effect, the purpose of which will be to drive American and South Korean diplomats into a frenzy in which they plead for negotiations and offer to halt everything. Goldberg should see through all such nonsense, sticking to a strict U.S. policy and calling Kim’s bluff.

Goldberg’s job, though, will involve considerably more than standing fast with the South Koreans on policy toward North Korea. He will also face serious problems in trade between the United States and South Korea as he attempts to ensure the South Koreans abide by the terms of the Korea-U.S. Free Trade Agreement. And he will face the usual problems surrounding American bases and the conduct of America’s 28,500 troops mixing and mingling in a society where many people resent their presence.

Those are everyday problems that often don’t make headlines while everyone worries about what Kim Jong-un will do next. As Goldberg manipulates among voices and forces with quite different views, we will get an idea of his skill as an ambassador.

The United States over the years has had a wide range of ambassadors to South Korea, some better than others. They all had to get along with presidents who were sensitive to hints that the Americans were trying to push them around. In the interests of preserving the historic American alliance with South Korea, they have had to appear on the side of the South Korean government whether they wanted to or not.

If the former ambassador, Harry Harris, was not especially suited to the role, Goldberg appears to have all the right qualifications and has arrived at a time when U.S.-Korean relations are on the upswing. With his years of diplomatic experience, he should be able to build on the relationship as the South enters another phase of its difficult relationship with the North. For Goldberg, the challenge is encouraging Yoon to stick to his guns while not appearing too eager or pushy about it.