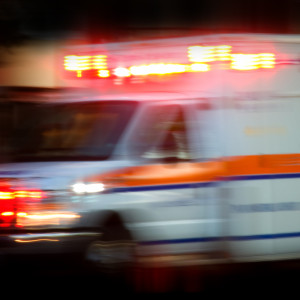 Amid no shortage of criticism regarding a handful of new, proposed regulations, the FCC Thursday handed out a ruling that everyone could cheer as it came to a resolution for increasing location services for wireless 911 callers.

According to the FCC, who came to agreement on the Enhanced 911 (E911) proposal issued last year through a unanimous vote that transcended the typically partisan divide at the agency, first responders will now have access to improved accuracy location services for indoor 911 callers. Addressed for the first time since 2010 as a result of trends in 911 calls – the FCC estimates that 70 percent of such calls are now made from wireless devices – the new rules utilize mostly technologies already in most phones – Wi-Fi and Bluetooth – to let first responders know not just the building or block of the caller, but the precise room.

The decision was met with adulation from almost all sides of the debate, including the wireless industry, public interest groups and the public safety community. In a statement to press, Dr. Charles Miramonti, MD, Chief of Indianapolis Emergency Medical Services (EMS) and who also filed comments to the FCC in December 2014, praised the ruling, saying it “is a major win for public safety” that those in the community can use “dispatchable location from wireless 911 callers.” “Accurate location information is crucial when promptly responding to an emergency,” Dr, Miramonti says, “and by heeding the advice of key stakeholders and allowing first responders to know not just the building the call is coming from, but the specific indoor location, the FCC has clearly recognized the shift towards mobile usage and the need for a 21st century system.”

Under the new plan, nationwide wireless companies such as AT&T and Verizon will be afforded six years to institute the required technology in major U.S. cities – particularly those where apartment dwelling is high – with a goal of covering at least 80 percent of emergency calls. T

he FCC chose this path – proposed by a coalition of industry, safety organizations and local governments through the organizing bodies of the Association of Public-Safety Communications Officials-International (APCO) and the National Emergency Number Association (NENA) – over that of the Find Me 911 Coalition funded by technology company True Position, an entity that claims to already have the technology in place to carry out the wishes of the FCC. In a statement, Jamie Barnett, Director of the Find Me 911 Coalition, said, “we have deep concerns that the final rule contains a catastrophic flaw, as it does not require the cell phone companies to measure or report indoor call accuracy. While the rule claims to improve indoor accuracy, there appear to be no indoor-specific requirements in it, only a ‘blended’ indoor-outdoor standard that allows the carriers to take credit for their outdoor location performance.”

Organizations oftentimes in stark contrast to industry disagreed. Jodie Griffin, Senior Staff Attorney of Public Knowledge said yesterday, “we are glad the FCC has improved the effectiveness of the proposed roadmap from CTIA, APCO, and NENA. Transitions to new technologies, including wireless, should leave no one behind.”

According to the FCC, the new rules establish: “clear and measureable timelines for wireless providers to meet indoor location accuracy benchmarks, both for horizontal and vertical location information. The Commission noted that no single technological approach will solve the challenge of indoor location, and no solution can be implemented overnight. The new requirements therefore enable wireless providers to choose the most effective solutions and allow sufficient time for development of applicable standards, establishment of testing mechanisms, and deployment of new location technology.”

With the move supported first and foremost by first responders, the FCC seems confident that they made the right decision. “Technology is our friend in public safety,” concluded the oft-criticized FCC Chairman Tom Wheeler.