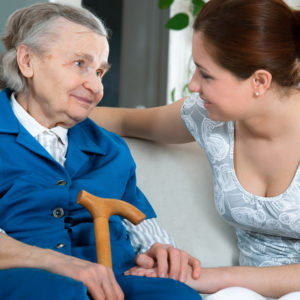 The federal Centers for Medicare and Medicaid Services (CMS) on Tuesday repealed a legally dubious Obama era rule that had allowed unions to deduct dues directly from home health care providers’ paychecks, a practice dating back to the 1990s.

“Repealing this illegal regulation is a major victory for caregivers and those who care about protecting Medicaid from being looted by special interests,” said Maxford Nelsen, the Freedom Foundation’s director of labor policy.

Federal law (42 U.S. Code § 1396a(a)(32)) forbids Medicaid payments for home health services from being made to anyone other than the service provider or provider’s employer. The few exceptions listed in the statute do not allow payments to third parties for the provision of benefits or other services offered by labor unions, according to a CMS review.

Nonetheless, in response to increased unionization of home health care providers in the 1990s and early 2000s, the Obama administration in 2014 issued a rule allowing states to withhold union dues from Medicaid provider payments.

At the urging of public employee unions, states such as California and Illinois began classifying Medicaid-funded home health providers as state employees for the purposes of collective bargaining. Though the care providers worked directly for individual Medicaid recipients — often friends or family members — or for private employers, they were classified as state employees because their compensation came through Medicaid.

The spread of these classifications in union-friendly states such as Connecticut, Massachusetts, Vermont, Minnesota and Oregon prompted numerous legal challenges. One went all the way to the U.S. Supreme Court, resulting in a ruling that weakened the justification for such collections.

Pamela Harris, a home health worker in Illinois, sued the state in 2010 after it compelled her through a collective bargaining agreement to pay “fair share” fees to the Service Employees International Union though she was not a member.  “On behalf of my family and countless others who are providing care for their disabled loved ones, I would like to express my gratitude to our administration for their leadership and applaud the work of the men and women who made this happen,” Harris told the Washington Examiner in response to the CMS decision.

The Supreme Court ruled on June 30, 2014 — five months after the Obama dues-skimming rule took effect — that home health care workers were only partial state employees and therefore the state had no compelling interest that could justify forcing them to pay union fees against their will.

For individual home health care providers who are paid directly for their services, this practice is illegal under federal law, CMS wrote in its rule issued this week.

Federal law“precludes states from making any payment for care or services to any person or entity other than the individual receiving care or services under the state plan, or the person or institution providing such care,” CMS concluded.

Congress made an exception for employers but “did not create a similar exemption that would allow ‘deductions’ to be taken from a provider’s reimbursement check and diverted to a third party,” the explanation of the final rule stated.

The new rule “restores the direct payment rule to what we believe is its proper scope, and puts Medicaid providers back in control of their reimbursements.”

Because the rule applies only to individuals who are paid directly with Medicaid dollars, and not to providers employed by a vendor, CMS anticipates that the financial impact will be much smaller than some commenters had predicted. Home care providers will see up to $71 million restored to their paychecks, CMS estimated.

That money may still wind up in union coffers, CMS noted. The rule does not prohibit providers from paying union dues, even through automatic withdrawals from their bank accounts. It merely prohibits states from diverting a portion of a provider’s pay directly to unions. Providers are free to spend their pay however they wish after they receive it.

The point of the rule change, CMS stated, was to ensure that the federal law was faithfully followed.

“As non-employees, such practitioners do not receive salaries or wages from the state,” CMS stated. “Instead, they are the recipients of Medicaid payments, and the state must directly pay them for their services.”