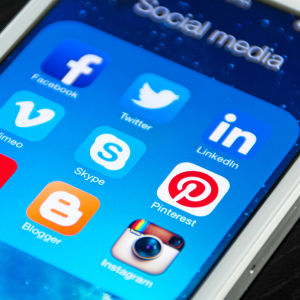 Lawmakers approved the updated language to the 2016 Intelligence Authorization Act in a closed Senate Intelligence Committee vote last Wednesday, making way for the measure to go before the full Senate for a forthcoming vote on the full bill.

Under the proposed measure, online social media and communications providers who obtain “actual knowledge of any terrorist activity” would have a “duty to report” it to federal law enforcement and intelligence agencies, and “provide to the appropriate authorities the facts or circumstances of the alleged terrorist activity.”

“Whoever, while engaged in providing an electronic communication service or a remote computing service to the public through a facility or means of interstate or foreign commerce, obtains actual knowledge of any terrorist activity, including the facts or circumstances described in subsection (c) shall, as soon as reasonably possible, provide to the appropriate authorities the facts or circumstances of the alleged terrorist activities,” the updated language states.

The reporting requirement specifically require such sites to report content “that involves distribution of information relating to explosives, destructive devices, and weapons of mass destruction.” The measure is based on the 2008 Protect Our Children Act, which requires websites to report instances of child pornography uploaded to their platforms to the National Center for Missing and Exploited Children, where they are then forwarded to the FBI.

Social media platforms have recently come under increased scrutiny from activists and government officials for failing to stem the online presence and influence of terrorist groups such as ISIS in the Middle East. Twitter in particular has been highlighted as a particularly egregious offender by Washington think tanks like the Brookings Institution and hacktivist groups including Anonymous for failing to weed out content posted in support of ISIS, and suspend the tens of thousands of accounts regularly posting such content.

But they’re not the only ones. Facebook faced similar criticism two years ago after two Islamic extremists threatened to “kill a solider” on Facebook before beheading British soldier Lee Rigby in London. Facebook suspended the accounts but did not report the threat to British authorities.

Facebook has since updated the policy on its Community Standards page to state the company will “work with law enforcement when we believe there is a genuine risk of physical harm or direct threats to public safety,” and Twitter began ramping up efforts to remove accounts this spring, and claims to have suspended 10,000 in April alone.

Companies are not required to remove content or specifically monitor certain users under the measure, and are only obligated to report content they are made aware of.

Spokespersons for both the industry and the federal intelligence community declined to comment for this report.