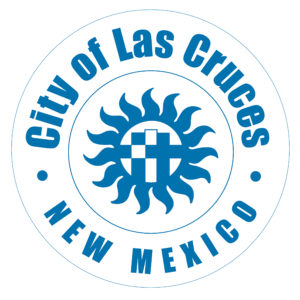 New Mexico’s City of Crosses is the sixth Best Run City in the nation, according to the personal finance website WalletHub. Las Cruces was rated in the top 10 for the third year running; Albuquerque also made the list at 18th.

“Las Cruces is the sixth best-run city because despite having the ninth-lowest budget, its quality of city services is above average,” WalletHub analyst Jill Gonzalez told InsideSources. “This is an analysis of how effective local authorities are in managing the city, and Las Cruces ranks among the top 10.

“Its budget is less than $4,000 per capita, and yet it ranks in the top half for financial stability, education, health and infrastructure,” she said. “In particular, Las Cruces has a very low violent crime rate, and doesn’t struggle with traffic congestion.”

The city is approximately 45 miles from the Mexican border and has a population of about 100,000. It’s one of the fast-growing cities in the state, with the federal government its largest employer and Las Cruces has a variety of businesses, ranging from agriculture to tech startups.

That WalletHub ranked Last Cruces in the top 10 for the third year in a row came as no surprise to the city’s mayor.

Mayor Ken Miyagishima said the high ranking was a “team effort” of the entire city government. “It’s fortunate, we’ve been ranked the last three years and we’ve been steadily climbing, so that’s good,” he told InsideSources.

“The State of Mexico usually requires [an amount of revenue] set aside in reserves and we’ve set aside double what the state required and we’re nearing triple the amount the state requires,” Miyagishima said. “When you look at the size of our budget versus the amenities that we give the residents — both tax-paying residents and nonprofits — I think it speaks volumes.

“When we look to do a bond issue, the people who analyze us are always amazed at how much money we have on hand.”

The mayor also touted a fund for nonprofits that is composed of interest from city investments.

“A lot of nonprofits are seeing their money dry up and we can’t have that.”

The fund was recently used to help “asylum seekers,” the mayor said.

“The federal government was just dropping them off here and we processed some 11,000 of them,” Miyagishima said. “We tell them [the Border Patrol] to drop them off where we want them and then we house them for a day, feed them, get cleaned up, give them food and clothes and send them on their way.”

Albuquerque Mayor Tim Keller said he was pleased the city was being recognized for improving its stature.

“Glad to see Albuquerque moving up in the rankings, and it certainly reflects our efforts to make Albuquerque safer, grow the local economy and create opportunities for kids,” Albuquerque Mayor Tim Keller told InsideSources.

“We still have a lot of work to do and will continue to work to move our city in the right direction.”

The five worst-run cities are New York, Chattanooga, San Francisco and Gulfport, Mississippi, with Washington, D.C. rounding out the list at dead last.