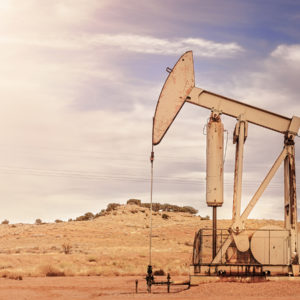 President Donald Trump’s executive orders relaxing federal restrictions on mineral exploration and mining the American West were meant to create jobs and support America’s manufacturing sector. However, in practice, the partnership between state governments and industry is not always easy going. In New Mexico, a debate over the practice of flaring, or burning off excess natural gas at the production site, exposes some of the tensions that exist between industry and state goals.

In New Mexico, taxes on mineral extraction play an important role in state finances. Rentals and royalties on state trust land stand at $450 million this year, compared to $439 million last year. However, a proposed change to a federal mineral extraction rule could cost the state millions in lost tax revenues. It’s something that New Mexico is not prepared to accept without a fight.

In May, the U.S. Senate voted to retain an Obama-era rule requiring that companies use new technology to modernize oil and gas wells on federal and tribal lands in order to reduce venting or flaring into the atmosphere. Oil companies used the two practices to either burn off or vent into the air unwanted natural gas, which is lighter than the oil. Because the fuel was essentially discarded, it was not taxed, a loophole which state lawmakers say cost New Mexico millions of dollars.

“That is money that our cash-strapped state desperately needs to help balance the budget, pay for text books and other educational materials for our students,” said Sen. Tom Udall in a statement. “By leaving this rule in place, we have a chance at recouping lost revenue to help balance the budget, create jobs and reduce the dangerous levels of greenhouse gases and associated pollution being released into the air from leaking equipment and through venting and flaring.”

Udall believes that as much as $100 million in natural gas extracted from publicly owned land in the state is lost each year. A report last year by the Western Values Project, an environmental advocacy group, estimated that the state lost an average of $6.7 million to $8.1 million in tax revenue each year because of the practice.

The fight is all the fiercer as New Mexico grapples with state budget gaps in education spending. The state earmarks federal mineral fund royalties to be used for education spending. As the state tries to squeeze as much cash as possible out of the energy sector, it is trying to close whatever loopholes it can. Flaring is one of the major ones.

Oil industry officials have pushed back against the federal regulation change, arguing that the new methane rules will restrict growth in the energy sector by making it more expensive to operate wells. In a statement after the Senate vote, Kate MacGregor, Acting Assistant Secretary of the Interior for Land and Minerals, said that the change would “have real and harmful impacts on onshore energy development.”

The debate over flaring exposes some of the limitations of relying on fossil fuel royalties for state government funding. Particularly, it shows how unstable a source of tax revenue it can be.

“Taxes on oil, natural gas, and coal can be attractive to state governments in part because mineral assets are immobile and because states may be able to pass along some of the tax burden to energy consumers outside their states,” writes Adele Morris of the Brookings Institution. “Despite these taxes’ efficiency and distributional advantages, relying too much on them poses real downside risks for states.”

Of primary concern is a boom and bust cycle of tax revenue reflecting sudden changes in oil prices. This is what New Mexico has experienced. With a third of the state’s budget coming from royalties related to natural gas and oil, the recent drop in prices has left the state scrambling to find the money to pay for essential services such as education. To try to fill in the gap, it has been forced to take more aggressive measures to prevent tax avoidance. A higher tax burden, though, increases the cost of doing business in the state, ironically hurting the very industry the state relies upon for funding.