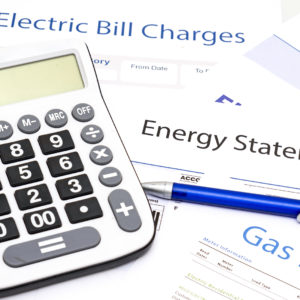 A new study projects that households in New Mexico and three other states would see costs increased by about $70,000 if the Green New deal were to become law.

Households in Alaska, the fifth state looked at by the Competitive Enterprise Institute (CEI) and Power the Future, would see increases as high as $100,000 in the first year of the Green New Deal’s implementation due to the state’s remoteness and its heavy reliance on fossil fuels. The other states examined in the report “What The Green New Deal Could Cost A Typical Family” are Florida, New Hampshire, and Pennsylvania.

“The Green New Deal is a radical blueprint to de-carbonize the American economy by refashioning how we grow food, move people and goods, source and distribute electricity, and build the structures where we live, work, and play,” said CEI President Kent Lassman, noting that of the 12 co-sponsors in the U.S. Senate, none voted for the Green New Deal when given the opportunity.

The Green New Deal, as introduced in the U.S. House by Rep. Alexandria Ocasio-Cortez (D-NY) in February, was less proscriptive legislation and more of a wish-list of progressive and environmental activists’ goals. The CEI-Power the Future report noted that many of its provisions were too broad and open-ended to calculate the overall cost, although it’s been estimated at $2 trillion. CEI-Power the Future, therefore, looked at what they could quantify: additional electricity demand; costs to the shipping and logistics industries; development of new vehicles; and retrofitting buildings.

Buildings would require significant retrofits to come into compliance with the Green New Deal, which specifically called for renovated all structures in the United States. The construction industry calls these “deep energy retrofits,” and while costs can vary, the Green New Deal will result in overwhelming sticker shock, according to the report.

“Taken together, the estimated costs for retrofitting current residential, commercial, and industrial buildings is astronomical,” the report stated, noting that Alaska has by far the fewest number of structures and lowest amount of square footage. Still, the total investment required to bring all of that up to code for the Green New Deal “is a mind-boggling $533.4 billion.”

New Mexico would be looking at retrofitting about 1.8 trillion square feet of residential structures at a cost of $352.7 billion. All told, households in the Land of Enchantment would be looking at $71,910 in the first year of Green New Deal implementation, and $37,977 in costs in years six onward for the duration of the program.

New Mexico had the fifth lowest per capita income in the U.S. in 2017 at $47,855, according to statista. The Bureau of Labor Statistics puts the state’s annual mean wage at $45,400 with a 19 percent poverty rate.

“The Competitive Enterprise Institute is backed by climate change skeptics who have no interest in putting forward solutions to the climate crisis,” said spokeswoman Lauren French. “They have a financial interest in knocking down bold policy proposals like the Green New Deal that threaten their bottom line. This is not a legitimate study. We are happy to engage in substantive, fact-based debate on what climate proposals are best for the country and New Mexican families, but will not engage in outrageous propaganda designed to protect industry and scare New Mexicans. Climate change is real, and we have a responsibility to our economy, our health, and our children to act.”

A key pillar of the Green New Deal is to replace all gas-powered vehicles with electric vehicles. While some car manufacturing companies are producing more moderately priced electric cars, there remain gaps in charging systems. Still, replacing existing non-Green New Deal compliant vehicles with electric ones would cost the average household in New Mexico $6,520. Florida households would see the highest replacement cost at $7,765.

Commercial cargo trucks “are a different matter,” as the report notes with the prospective list price of a Tesla truck running $180,000.

The Green New Deal quickly became part of the progressive agenda in Congress and for climate-change activists. It was lampooned by others, however, for its unrealistic approach that calls for complete elimination of power from coal, natural gas, oil, and nuclear power; elimination of air travel in favor of high-speed trains; and sparked controversy for stating it would guarantee income for people “unwilling to work.”

While House Speaker Nancy Pelosi (D-CA) has signaled the Green New Deal will not be voted on in that chamber, the U.S. Senate did take it up. Derided the vote as a political stunt, most Democrats voted “present,” including Democratic presidential hopefuls Bernie Sanders (I-VT), Kirsten Gillibrand (D-NY), Kamala Harris (D-CA), Cory Booker (D-NJ), Elizabeth Warren (D-MA), and Amy Klobuchar (D-MN) – all of whom have endorsed the Green New Deal.