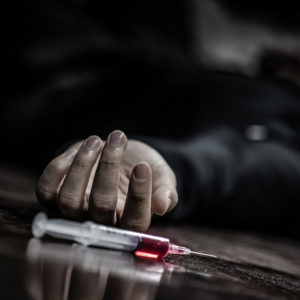 Jennifer Weiss-Burke of Albuquerque tells the story of her son Cameron, an active school athlete who had the misfortune of breaking, not one, but both of his collarbones when he was 16: Once while wrestling and again playing football. Doctors prescribed opioid-based pain killers on both occasions. Over the next six months, Cameron became addicted to opioids before moving on to heroin when he no longer had easy access to pills.

Cameron died in August 2011 of a heroin overdose, just days before turning nineteen.

Stories like Cameron’s are all too common to his mother, the executive director of Serenity Mesa, a sober living facility for adolescents and young adults.

“I had to send Cameron out of state several times for treatment. I opened Serenity Mesa mainly because of the lack of resources for adolescents,” Weiss-Burke told InsideSources. “I had to wait until my son was 18, before I could even send him to treatment in New Mexico.”

Unfortunately, opioid addiction is an issue for many New Mexico families, some of whom don’t have access to treatment.  New Mexico — particularly its rural areas and Indian Country — has suffered from an enduring opioid epidemic, which until recently was largely ignored.

There were 332 overdose deaths involving opioids in New Mexico a rate of 16.7 deaths per 100,000 persons, according to National Institute of Drug Abuse (NIDA) 2017 numbers, the latest available.

NIDA ranked New Mexico at 17 among opioid-involved overdose deaths nationwide, just slightly above the much more populated New York State, which was ranked at 18. The population of New Mexico is just above 2 million; New York State has approximately 19.5 million people. In 2017, there were 3,224 overdose deaths­­­ involving opioids in New York — a rate of 16.1 deaths per 100,000 persons.

A recent New Mexico Department of Health survey also found 85 percent of adults in the state identify prescription opioid abuse as an extremely serious public health problem, with nearly two-thirds surveyed reporting they know someone who is or has been addicted to opioids.

The extent of opioid addiction in the Land of Enchantment only came to the forefront after a growing number of states began fighting the scourge, both on the legislative and legal levels, according to members of New Mexico’s congressional delegation.

After prolonged and hard-hitting delegation efforts, the Department of Health and Human Services (HHS) finally agreed in late May to award three grants totaling $600,000 to rural communities and Indian country to help combat opioid abuse. The grants follow $3 million HHS awarded to New Mexico earlier this year to battle the problem, but those funds were not specifically designated for rural areas — a fact that perturbed elected officials.

Sens. Tom Udall and Martin Heinrich, and Rep. Ben Ray Luján successfully fought last year to include New Mexico counties in the list of rural counties to be prioritized for federal funding to fight the epidemic.

The new funding comes through the Rural Communities Opioid Response Program administered by the Health Resources and Services Administration (HRSA) and will support treatment, prevention, and recovery efforts in rural-designated regions, including Indian Country.

In May 2018, the lawmakers wrote to HRSA after it released a priority list of counties considered “at the highest risk for substance use disorder,” which did not include any in New Mexico. In response, HRSA clarified that counties that were not included on the list could still apply for and receive funding.

“In New Mexico and across Indian Country, too many Tribal and rural communities have been among the hardest hit by this epidemic, and too many families have been devastated by the consequences,” Udall, a senior member of the House Appropriations Committee said in a statement. “When we strengthen services and invest in these areas, we save lives.”

According to Assistant House Speaker Lujan, who has announced he is running for the Senate in 2020: “Communities across New Mexico — especially rural and Tribal communities — have carried the brunt of the opioid addiction for too long.”

“This critical funding will help ensure that communities have the tools they need to robustly address opioid addiction and focus on life-saving prevention and recovery efforts,” he told InsideSources. “While this funding is a step in the right direction, we must continue our efforts to bring forward solutions to save lives and end the opioid epidemic.”

Rep. Deb Haaland — the first Native American women to be elected to Congress — said addressing the opioid crisis in rural communities and Indian Land “will help our communities thrive.”

“Unfortunately, addiction issues our state has faced didn’t get much attention until the rest of the country experienced it,” Haaland told InsideSources. “Now, we’re seeing more funding available to communities to help those struggling with addiction.

“This funding is a start to ensuring compassionate and persistent treatment is available to those who need it.”

In addition, Attorney General Hector Balderas is aggressively litigating against the opioid industry and in 2017 made New Mexico the first state to sue opioid distributors and manufacturers for inundating New Mexico with highly addictive opioids.

The list of defendants continues to grow. In May, seven New Mexico counties filed federal lawsuits against Purdue Pharma — the maker of the opioid painkiller OxyContin — and more than two dozen other manufacturers and distributors.