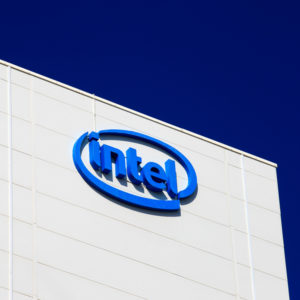 Posted to Technology May 20, 2019 by Hiram Reisner

Chipmaker Intel is expanding beyond its established PC and server businesses into data-rich markets — and it’s doing so in New Mexico. Intel currently has a staff of 1,200 employees at its manufacturing plant in Rio Rancho, an Albuquerque suburb, and plans to add another 300 employees.

Intel credited the choice to swell its presence in the “Land of Enchantment” because of “Rio Rancho’s experienced workforce as well as the state’s overall business climate,” according to a news release.

“The Rio Rancho site continues to be an important part of Intel’s global manufacturing network, and is manufacturing semiconductor products that are critical to Intel’s ability to secure, power and connect billions of devices and the infrastructure of the smart, connected world,” Intel Rio Rancho Site Manager, Katie Prouty said in the release.

Intel is the state’s largest manufacturing company and has invested more than $16 billion in the plant since opening the New Mexico facility in 1980. Intel is a world leader in the design and manufacturing of technologies that power the cloud. Its products meet the growing demand to process, analyze, store and transfer data.

Intel will garner its expanded workforce from local hires and those willing to relocate from its California sites. The salaries for these high-tech positions pale the average New Mexican’s salary.

At the end of 2018, the average annual compensation of Intel employees in New Mexico was $145,000, including salary, benefits and bonuses. In contrast, according to the Census ACS one-year survey, the median household income in New Mexico was $46,744 in 2017, the latest figures available.

New Mexico officials noted the Intel move is just one more indication that businesses are favorably eyeing the state.

“The decision by Intel to grow its workforce in Rio Rancho represents yet another significant positive investment being made in a New Mexico community and its workforce in recent weeks,” Gov. Lujan Grisham said. “My administration’s business-friendly posture has paid dividends already — and will continue to build momentum as we diversify and expand our economy to include greater incentives for New Mexicans to either stay here and work or return home from elsewhere.”

Cabinet Secretary Alicia J. Keyes of the Economic Development Department noted the Intel announcement comes on the heels of a Virgin Galactic decision earlier this month to move 100 employees to Spaceport America as it prepares for commercial space launches, as reported by InsideSources.

“Businesses are seeing the advantages of New Mexico, our workforce, our climate, and our strong incentives,” Keyes said. “This is good news as we work to diversify our economy and provide better jobs all across the state.”

“We are proud of our partnership with Intel and are excited that they are bringing even more high-quality jobs to Rio Rancho. Job growth is essential to the strength and sustainability of a local economy,” he said.

“Intel’s latest announcement to add more jobs continues the trend over the past two years of increasing their Rio Rancho workforce and, as importantly, their capital spending here. It reaffirms their continued investment in and commitment to New Mexico and our community.”