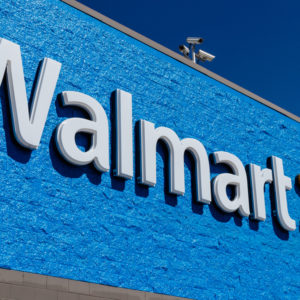 Walmart Inc. will stop all gun sales in its New Mexico stores as of July 22 in response to a new law requiring every federally licensed gun seller in the state to provide background checks upon request— whether they participated in the sale or not.

Currently, Walmart stores conduct federally-mandated background checks when they sell hunting rifles and shotguns. Under the new law, the big-box retailer would have to facilitate background checks for people without federal licenses, including the sale of handguns and modern sporting rifles, such as AR-15s. So Walmart is getting out of the gun business in New Mexico.

Walmart Communications Director Tiffany Wilson said complying with the new background check laws would pose “a safety issue for both our associates and our customers.”

“The new law would require our associates to handle — and potentially store — handguns and modern sporting rifles, which are the kinds of firearms we don’t sell,” Wilson told InsideSources. “And because we don’t sell those types of firearms our associates are not trained to handle them or render them safe. So, if someone walked into the store, for example, with an AR-15 or a handgun, it just poses a safety risk to them.”

Wilson said the appearance of firearms also could spook customers.

“We are a retailer of lots of different types of merchandise … and our customers aren’t used to seeing other customers coming into a store with firearms — especially multiple firearms, potentially — and it could be confusing,” she said.

“Our sporting goods section is typically located in the back of the store and there are multiple entrances to our stores,” Wilson said. “So someone could come through the garden center, through the pharmacy area, through groceries — potentially pushing a cartful of firearms and it could be very confusing for our customers and potentially put them at risk or make them feel unsafe.”

“Background checks are shown to be both lifesaving and overwhelmingly popular,” Nora Meyers Sackett, the governor’s press secretary, told Inside Sources.

“The governor stands behind the reasonable expectation of any business facilitating the sale of firearms to be able to create or maintain an environment where quick, noninvasive background checks can be completed in a safe manner,” she said. “If those who sell firearms are not able to do so, discontinuing such sales would seem to be the right move.”

While supporters of the legislation believe these laws will make New Mexicans safer, others aren’t convinced.

New Mexico Sheriffs’ Association President Tony Mace of Cibola County said the law might be on the books “but not necessarily enforced.” State Attorney General Hector Balderas has warned sheriffs and police chiefs they could face liability issues if they refuse to enforce the new law.

“Our view is that it is an unenforceable law [and] it really doesn’t have any impact on crime,” Mace told Inside Sources. “Since it has become a law on July 1 there has been no situation arise, where this law could have been used — or will be used — that we are aware of.”

“Essentially what we have is another law on the books that is not necessarily going to be used a whole lot, because there are issues with it,” he said. “The burden of proof is on us to prove that a gun was purchased without a background check. Well in New Mexico we have no tracking system and in court we would have to prove that that transaction took place.”

Mace said he understands what Walmart is doing, calling it an “unintended consequence of the law.”

“Now you have the government regulating private industry saying: ‘Hey, you’re going to do these background checks and this is the fee [$35] you’re going to charge.’ They don’t want to take on the liability and the responsibility.”