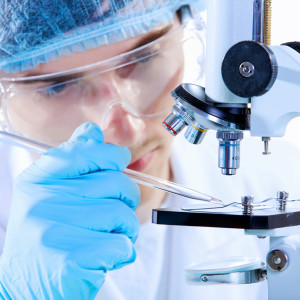 One year ago, the U.S. Supreme Court ruled in the case Association for Molecular Pathology v. Myriad Genetics that naturally occurring genes are unpatentable. Until the Supreme Court’s decision, Myriad Genetics (Myriad) owned the patents on BRCA 1 and 2, genes that are linked to familial breast and ovarian cancer. Myriad was the only company in the United States that could legally conduct diagnostic testing for BRCA 1 and 2. The company chose not to license the patents, harshly pursued anyone who infringed on them, and limited research and development of new tests for the genes. This practice led advocacy groups to pursue a lawsuit to overturn the patents.

The court’s ruling opened the door for increased research and development in not only BRCA testing but also other areas where gene patents have been a hindrance. The court case also brought to light several problems with the current U.S. patenting system that would require new guidelines to fix.

The Myriad case was not the first case to determine patent policy for biotechnologies. Indeed, starting as far back as 1911, when a patent for adrenaline was challenged, courts have played an important role in determining what biological product is patentable. But these cases only address what can be challenged. Outside of the scope of the ruling are the real questions: What should be patented and how do we truly distinguish between something that was simply discovered and what was created by man? The European Union addresses this issue directly by banning specific practices such as patenting materials derived from a human embryo. The United States does not address these issues directly, and Congress needs to change this.

In addition to determining what is patentable, the Myriad case also highlighted issues related to the patent-approval process. Today, approximately half a million patents are filed every year, with each patent taking more than two years to be processed. This system allows limited opportunities to challenge patents, and even then only after the patents have been granted. The options for challenging patents are costly and mostly limited to lawsuits. Furthermore, judges typically do not have the scientific knowledge to understand the technical arguments that are made in their courts. It would be better to revise patenting guidelines at the U.S. Patent and Trademark Office (USPTO) based on feedback from scientists, engineers, ethicists and policy scholars as opposed to leaving it up to the courts.

New guidelines could incorporate peer review of patent applications, minimize restrictive licensing practices and require detailed patent descriptions. Peer review would be an effective way to allow the USPTO access to scientific expertise it does not currently possess when reviewing patents. It would inhibit patents for technologies that are not novel or an obvious extension of existing work before they are granted.

More recently, biotechnology patent descriptions have been written in overly broad language to include large areas of research. This makes it difficult to determine what the researcher invented versus discovered. The June 2014 Supreme Court decision on Nautilus v. Biosig Instrument points out the flaws in vague patent descriptions as the court unanimously invalidated a patent for indefiniteness, because the “patent’s specification…fail[s] to inform, with reasonable certainty, those skilled in the art about the scope of the invention.” Detailed patent descriptions will ensure the invention truly meets the patent requirements and are explicit enough to stand.

Finally, new guidelines could be introduced to minimize restrictive patent-holder licensing practices, which are often the reason patents are challenged in the courts. These practices limit research and development by overly restricting who works in an area. They are also at times used as sources of income for companies that buy patents but do not create the patent innovations themselves. Commonly referred to as “patent trolls,” these companies buy patents from universities or small businesses and then use the patents to sue larger companies for patent infringements, thereby inhibiting innovation.

These new guidelines or similar steps could keep patents out of court, make the patenting process more seamless and help to spur innovation.