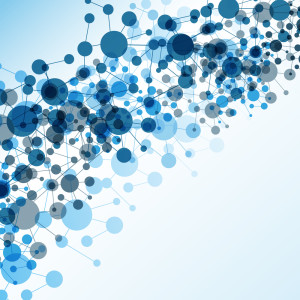 Posted to Technology May 19, 2015 by Giuseppe Macri

A new poll out this week by the American Civil Liberties Union and a bipartisan collection of think tanks reveals a large percentage of voters likely to vote in 2016 support reforming Patriot Act spying powers in Congress ahead of their expiration on June 1.

According to the nationwide survey conducted in April by Global Strategy Group and G² Public Strategies, Americans support reforming the Patriot Act over a blanket reauthorization by a near 2-to-1 margin, or 60 percent to 34 percent.

Support for reforms stretched across age, party affiliation and gender, with 59 percent of Democrats and 58 percent of Republicans out of 1,001 respondents supporting reforms — including 65 percent who described themselves as “very liberal” and 59 percent as “very conservative.”

Such modifications and reforms include those passed by the House last week in the U.S.A. Freedom Act, which modifies Section 215 of the Patriot Act — the legal underpinning for the National Security Agency’s mass telephone surveillance program.

Under the law, the NSA would no longer collect, store en masse and search at will all Americans’ landline telephone metadata, including telephone numbers, dialed numbers, call durations and locations. Instead, telecommunications providers would store the records themselves, forcing the agency to obtain a warrant for specific, narrowed data from the Foreign Intelligence Surveillance Court.

The court itself would also adopt reforms, including the addition of a panel review process to ensure Americans’ civil liberties aren’t violated in the course of approving warrants.

According to the poll, an even larger margin of voters — 4-to-1, or 82 to 18 percent — are concerned that the government is collecting and storing Americans’ personal information, including 25 percent who described themselves as “very” concerned and 31 percent as “extremely” concerned.

Out of examples of such surveillance given, including instant wiretaps on every phone in the U.S. and monitoring the Internet activity of children at school, 83 percent said they were most concerned about the government accessing personal communications and records — including phone, email and financial data — without the approval of a judge, and without relevance to investigations actively aimed at preventing terrorism.

Eighty-four percent of potential voters said local police and the FBI should have to get a warrant to search the phone and email records of investigation targets or arrestees (under current federal law, they have to do neither). Eighty-one percent said legal protections needed to be put in place to keep private companies from opening up surveillance loopholes in their systems for the government, like those facilitated by Microsoft, Facebook, Google, Apple and others as part of the NSA’s Prism program revealed by Edward Snowden in 2013.

Despite the House’s passage of reforms last week, any changes to the Patriot Act and NSA practices continue to face a dead end in the Senate, where Republicans led by Senate Majority Leader Mitch McConnell continue to press for a clean extension of the law over concerns that limiting the NSA will increase the likelihood of a successful terrorist attack by groups like ISIS and al Qaeda.

“I think it shows how disconnected members of Congress are from the feelings of a lot of the public,” legislative counsel for the ACLU Neema Singh Guliani said on a Monday conference call with reporters. “The fact that a lot of members of Congress are trying to reauthorize provisions of the law that many people find concerning is not reflective of the view of the vast majority of the public in both parties.”

“It shows that the current legislative debate and reforms being considered don’t really go far enough to address many of the significant concerns that individuals have.”

Guliani added that the results clearly show that not only should Congress be supporting reforms, they should be drafting even more aggressive reforms than have been proposed on both sides of the aisle.

“The police and the FBI need a warrant issued by an independent judge to search your home or property without your permission,” Global Strategy Group founding partner Jeff Plaut said describing the reasons voters cited for wanting more privacy and protection. “The same should be true of your email and phone records.”

The results indicate a potential 2016 issue challenge for the broad field of Republican presidential contenders other than Rand Paul, who supports a complete repeal of the phone records program and other surveillance reforms.

In Iowa, the first state to caucus for President, voters disapproved of a clean extension to the Patriot Act by a more than 2-to-1 margin, with 61 percent supporting a modified bill to 28 percent in favor of preserving it as is. More than three-quarters of Iowa voters — 77 percent — said they were concerned about the current level of domestic surveillance, with support again ranging across party affiliation, gender and age.

New Hampshire voters supported modifying the Patriot Act by 61 to 33 percent, with 79 percent expressing concern at the current level of surveillance. North Carolina voters were pro-reform by 60 to 31 percent, and boasted the highest number of swing state voters concerned about surveillance —  82 percent.

“We do know for a fact that the government collects the content of communications between husbands and wives, and doctors and their patients, and lawyers and their clients,” deputy legal director for the ACLU Jameel Jaffer said about additional surveillance authorities granted to the government outside of Section 215, which Congress has yet to address. “The privacy of those communications is not adequately protected.”