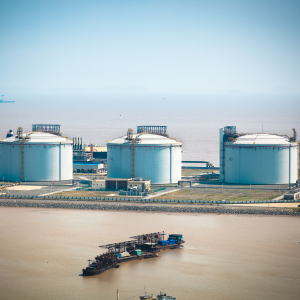 A new report from the American Council for Capital Formation (ACCF) Center for Policy Research seeks to counter claims made by opponents of liquefied natural gas exports.

Environmentalists worry that LNG exports will negatively impact the environment. The Sierra Club explains its position: “Preventing these [LNG] facilities from being built will dramatically decrease the pressure to drill for more gas and in turn prevent more destruction of our land and pollution of our water and air.”

But many proponents across the political spectrum view LNG as a bridge fuel that can help transition the developing world off of coal. In an interview with InsideSources, Dr. Margo Thorning, the senior vice president and chief economist for ACCF, explains: “We need to look at the situation from a global perspective because climate change is a global issue, not a local issue.”

Thorning points to a study from the U.S. Department of Energy’s National Energy Technology Laboratory, which found that over the long term, LNG exports to developing nations, allowing a transition away from coal, would reduce greenhouse gas emissions. Climate change is low on the agenda of most developing countries, but providing increased access to cleaner fuel can have a positive impact. This is why former Obama economic advisor Larry Summers made the case in early September at a Brookings Institution event that: “Nobody says export policy is our environmental salvation, but it will represent environmental improvement and that is [a] sufficient case for it to move forward.”

Some raise concerns about local environmental impact of increased drilling to meet export demand; however, a number of studies find these concerns unfounded. Thorning notes that technology continues to improve, and the industry has been actively seeking to lessen its environmental impact. A study last year from the University of Michigan found that new technology has reduced potentially negative effects from fracking. Methane leaks have been reduced and there’s little risk to groundwater.

Thorning explained that there have been environmental hazards in the past, but those occurred with improperly drilled wells and casings. It also was before the industry had the technology to capture methane. Former Obama Energy Secretary Steven Chu has stated that “[Hydraulic fracturing] is something you can do in a safe way.” Further, Thorning states that revenue from exports can help the industry invest in new clean technologies.

While ACCF’s new report focuses on environmental concerns, Thorning says there are economic benefits, as well.

The US Senate failed to move on a bill earlier this year that would have boosted exports of LNG. While the bill had support from both parties and was seen as a way to counter Russia’s aggression in Ukraine, the legislative calendar and opposition from some Democrats ultimately got in the way.

In May, 22 Senate Democrats, led by Ed Markey (D-MA) and Debbie Stabenow (D-MI), wrote to President Obama making the case that increasing LNG exports could harm the economy. “[T]he United States has benefited from rising supplies and lower prices for natural gas since 2008. Thanks in part to lower natural gas prices, America’s manufacturing sector has created more than 600,000 jobs since 2010,” the letter reads. “We must ensure that we do not squander what is clearly an American competitive advantage right now for American manufacturers and for the American economy.”

These Senators also voice concerns about the potential rise in the price of natural gas from increased demand.

Thorning explains that studies show we could expect a small increase in natural gas prices, likely 5-10 percent. But there would be overriding benefits to job growth and the economy as a whole. She cites studies from the Department of Energy, IHS Global Insights, and ICF International that show the potential for $86 billion in net economic benefits, 2.4 million more American jobs created by 2035, and up to a $7.1 billion reduction in the trade deficit. The benefits would not just be limited to the energy industry, says Thorning. There would be a multiplier effect across the economy.