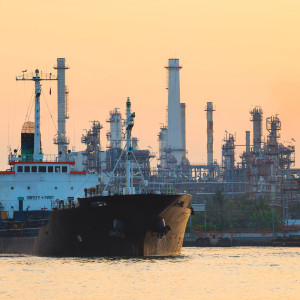 A new report claims that the current ban on exporting domestic energy resources is marginalizing the United States’s ability to remain a global powerhouse and undermines the nation’s long-term foreign policy interests.

“The United States has a tremendous opportunity to pull the levers of energy diplomacy to ensure our allies and emerging economies have access to the energy they need while supporting peace around the globe, but unfortunately, our current energy trade restrictions are standing in the way,” said the report’s author, George David Banks from the American Council for Capital Formation.

Banks asserts that “resource nationalism” – the use of government controls to limit the trade of domestic energy resources – harms  the economic and energy security of U.S. allies by denying or limiting direct access to energy.  Without access to U.S. energy – or a stable global energy supply – emerging and growing economies around the globe could be constrained or be overly reliant on other nations for energy.

“While the policy of resource nationalism is tempting to many, it’s a misguided one, providing only short-term benefits to certain special interests.  It is not the path forward for the United States.  Rather than restricting energy trade, we must take a leadership role in protecting free trade of all our strategic resources to further global economic growth and stability,” Banks said.

“With the Obama Administration’s announcement of a nuclear agreement with Iran…it’s now more critical than ever that we remove our energy trade restrictions.  If the United States continues to be the only leading nation with limits on domestically produced exports, our global leadership and credibility will be in jeopardy,” Banks said.