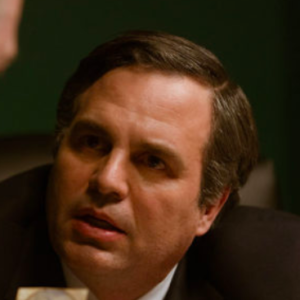 The film “Dark Waters” stars Ruffalo as Ohio attorney Robert Bilott who, according to the IMDB description, fought the good fight against corporate interests that were poisoning water supplies around Parkersburg, WV. The central point of the movie is that Dupont knew the dangers of a group of chemicals commonly used in nonstick cookware and firefighting foam called per- and polyfluoroalkyl substances (PFAS) and was responsible for water contamination around one of its plants.

“It’s a horror story that has to be told,” Ruffalo has said, according to the Associated Press. The movie opens Friday.

The extended trailer has all the features of a horror flick: a helicopter hovering overhead at night with a bright spotlight, Ruffalo running through an empty parking lot and then fearfully getting ready to turn the key in his car’s ignition. It also has the dramatic language, “You knew … still you did nothing.”

But how much of Ruffalo’s movie is fact and how much is fiction?

The first extensive reporting on Bilott’s case against DuPont was a lengthy article in The New York Times Magazine in January 2016 headlined “The Lawyer Who Became DuPont’s Worst Nightmare.” The article noted that DuPont entered into a $16.5 million settled with the U.S. Environmental Protection Agency in 2005. In 2017, DuPont and Chemours Co, which spun-off from DuPont, settled a class-action lawsuit involved thousands for more than $600 million.

The movie is based on the article and notes that it was “inspired by true events.” The Ohio Manufacturers Association derides the film as “agenda-tainment.”

DuPont has issued a statement about the movie, writing: “Unfortunately, this movie claims to be ‘inspired’ by real events and appears to grossly misrepresent things that happened years ago, including our history, our values and science. The film’s previews depict wholly imagined events. Claims that our company tried to hide conclusive scientific findings are inaccurate. We have always – and will continue to – work with those in the scientific, not-for-profit and policy communities to demonstrate a serious and sincere desire to improve our health, our communities and our planet.”

The Ohio Manufacturers’ Association is pushing back against the movie and what it calls a distortion of facts with a website TruthAboutDarkWaters.com that aims to “set the record” straight. It does not mince words on its homepage, stating, “This film – backed by a well-financed network of activists, investors, and trial attorneys – ignores the truth in a bid to make money and boost political special-interest groups. In a thinly veiled ploy to sell tickets and score political points, Dark Waters and its backers misrepresent our way of life in the Ohio River Valley.”

Representatives for the association point to industry-backed science, independent research and government studies that say that low-level exposure to PFAS does not cause the harmful effects alleged in the lawsuits and by activists.

“They ignore science and truth – and fabricate increasingly absurd events,” said association President Eric Burkland. “Agenda-tainment’ films, like Dark Waters, are all about scoring political points. By scaring the public, these films seek to hijack the public policy process so trial lawyers can benefit. The Ohio Manufacturers’ Association will not let Hollywood activists rewrite our story. Ohio River Valley manufacturers employ hundreds of thousands of hard-working men and women who are committed to the environment in which they live.”

Meanwhile, this has been a busy week for the movie’s star.

Ruffalo, Bilot and a North Carolina woman who says her community has been affected by PFOAs appeared at a Washington Post Live panel discussion Tuesday. Later that day, Ruffalo joined an executive from the Environmental Working Group, and a Colorado activist group at a hearing of the environmental subcommittee for the U.S. House Committee on Oversight and Reform. They all called for “immediate federal action” on PFAS.

A staff memo said the hearing would “lay out the case for immediate and robust federal regulation of PFAS. The Environmental Working Group has estimated that more than 110 million Americans may be exposed to these toxic ‘forever chemicals’ in their drinking water.”

Late Wednesday, the House Committee on Energy Commerce passed the PFAS Action Act, which also has text from 11 other bills addressing PFAS incorporated into it. The legislation requires the head of the EPA to designate PFAS as hazardous substances and to be regulated under the Comprehensive Environmental Response, Compensation and Liability Act (CERCLA).