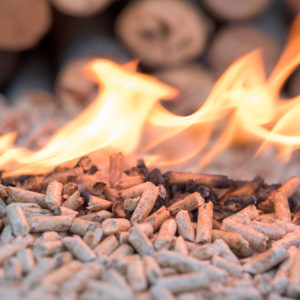 While the Green New Deal has dominated the debate over energy policy and the environment, another battle has been raging among environmental activists: Is biomass a friend or foe in the fight against climate change?

For some green activists, the answer is clear: Trees are the new coal. In fact, that’s the title of a film being promoted by the environmental activists of the Dogwood Alliance, a group working to shut down the forestry and timber industries. Their message? “The U.S. must cut emissions, not forests.”

They are promoting #Stand4Forests legislation in states like Georgia that would take forest lands offline for biomass and reduce the overall consumption of forest products.

The World Wildlife Fund also opposes biofuels. When the European Union adopted a climate policy embracing biomass in 2018, Imke Lübbeke, Head of Climate and Energy at WWF European Policy Office claimed, “EU policy makers have disregarded science and set a terrible example to the rest of the world. They should hang their heads in shame at this disgraceful decision, which WWF believes will in time have to be reversed.”

But a new study from researchers at the Universities of Maine, Ohio State and the Georgia Institute of Technology found a thriving biofuels industry can be both carbon neutral and can lead to more forest lands, not fewer. The key is to put market forces in place that make forest products so valuable that more farmland is converted to forestry and current forest lands are better managed and preserved.

“The first thing people should take away from our research is that, without a doubt, biomass is carbon neutral,” economist Brent Sohngen of The Ohio State University told InsideSources. “That debate should be over.”

The connection between reforestation and reducing carbon in the atmosphere has been in the news lately thanks to President Trump’s embrace of the Trillion Trees climate initiative promoted by Salesforce CEO Marc Benioff.  While scientists debate how much planting a trillion new trees would lower greenhouse gas levels in the atmosphere (one study projected that about a billion hectares of reforested land would ultimately capture two-thirds of human-made carbon emissions), nobody disputes the premise.

The debate is whether stopping the use of “woody biomass,” as forest products are called, and protecting existing land from logging would do more than encouraging their use.

“Previous studies were based on a 1900’s vision of the world where we have all these trees and we’re just going to cut them down, take them, and use them,” Sohngen said. “The reality is that, in the last century, we’ve flipped the world from being one where we take resources to one where we generate resources. And globally, forests are a resource that we actually renew more than we use every year.”

Opponents of biomass say the problem is that burning trees instantly releases a great deal of carbon into the atmosphere, while forest growth takes decades to reclaim the same amount. But the new study finds that the net increase in forested lands makes up the difference.

“What the critics have forgotten is that by the time he cuts down a tree, any smart forester already has trees growing to replace it. For every ton of wood products harvested, there are 30 years of new tonnage somewhere in the growth cycle,” according to Sohngen. “So when you cut down trees for biofuels, it doesn’t take any time to regenerate that because you’re actually already doing it.”

And those trees are in the growth cycle, not because of restrictions on logging or forest land acquisitions, but because of market forces that make that investment worthwhile.

“Higher prices [from biofuel demand] actually incentivize more growth,” Sohngen said. “Rather than people saying, ‘Oh, let’s cut it down to plant crops or pasture,’ they’re saying ‘Let’s turn it back into trees because they’re worth something.’ And it looks like in the future they’ll be worth more and more.”