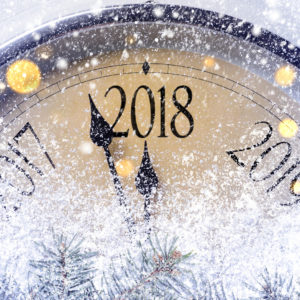 As 2017 ends, Americans should make a new year’s resolution to be thankful for what we have. According to Pew Research Center data, Americans are now so rich that what we call “poor” is actually middle class in most other countries. A full-time minimum wage worker in the United States earns $14,500 before taxes. Adjusting for differences in costs of living across countries, that worker is among the top 15 percent richest people worldwide.

Not only are Americans comparatively wealthy, they are getting wealthier. Over the last 30 years, the median U.S. household’s purchasing power has risen 20 percent. But that figure understates how much better things are getting for three reasons: The number of people per household has been declining, household income numbers don’t count employer-paid benefits, and inflation adjustments don’t capture well the beneficial effects of new inventions and product improvements.

Not only do more Americans have household appliances, technological improvements have made those appliances much better. And technology has done more still. For example, in 1984 a wireless phone cost (adjusted for inflation) almost $10,000 plus $1.25 per minute to make a call. Today, the average cell phone owner makes more than 700 minutes of calls per month. In 1984, those 700 minutes would have cost (in today’s dollars) more than $10,000 annually. Were it not for technological innovation, owning and using a cell phone today would cost upward of $20,000, yet it is inexpensive enough that nearly 100 percent of 18-year-olds own cell phones.

Not convinced? Prior to 1955, around 30,000 Americans were stricken annually with polio. The disease killed 2,000 Americans annually, and left an additional 15,000 paralyzed. Adjusting for differences in population, that would be the equivalent of 4,000 deaths and 30,000 people paralyzed annually today, which rivals the number of people killed in automobile accidents. Yet the number of Americans stricken with polio annually is zero.

How much would an American in 1950 have paid to be free of the threat of polio for the rest of his life? Thousands, perhaps tens of thousands of dollars? The rich might have been willing to spend millions. But today, all Americans — from the richest to the poorest — live free from that threat.

It’s easy to look backward and see how our lives have improved. But what’s really shocking is what we see when we look forward. If standards of living continue to rise for the next century as they did in the last, poverty will be unknown.

Over the last 70 years, our standards of living (as measured by real per-capita GDP) have quadrupled. If that continues, 70 years from now the median U.S. household will earn the equivalent of $250,000. That will make a middle-class lifestyle in 2087 equivalent to the lifestyles of the top 2 percent today.

And what of “the poor”? In 2087, the poverty line for a three-person household will be a lifestyle on par with that of an $80,000 income household today. In 70 years, we’ll be wringing our hands over the inequality of the middle-class owning private jets while the poor can only afford luxury cars.

Yes, this sounds like fantasy, but it is no more so than what someone from the early 1900s would think of poor and middle-class lives in 2017. Things are getting better quickly, and there is no reason to suspect that trend has run its course. So with the new year upon us, we should resolve to be thankful for everything we have, and for the direction in which things are moving.