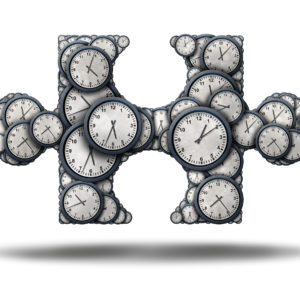 A New York City coalition issued hundreds of testimonials from employees Thursday in opposition to a proposal meant to protect them.

New York Councilman Brad Lander introduced the proposal as a way to protect workers against unfair scheduling. It would require fast-food employers to set schedules for hourly workers at least two weeks in advance. The We Serve New Yorkers coalition contests the proposal could hurt the very workers it’s intended to help.

The Committee on Civil Service and Labor held a hearing earlier this month to discuss the proposal. The coalition is urging the committee to reject it outright. It issued 350 testimonials from employers and workers that oppose it. The vast majority of testimonies come from employees, a source tells InsideSources.

“If these bills become law, my co-workers and I will lose the opportunity to swap shifts when we need it most,” Wendy’s employee Paola Encarnacion wrote in testimony obtained by InsideSources. “The scheduling flexibility that exists at my job is very important to me. On more than one occasion, I have had to request time off to care for a loved one, attend a class, work another job or tend to other matters.”

Councilman Corey Johnson introduced similar legislation that applies to retail employees. The issue is that service sector employers cannot always predict exactly how many workers they need at any particular time, which is why they utilize part-time and standby workers.

The proposal would also require employers to provide workers an estimate of their work schedule upon being hired. Employers would also have to pay a premium for schedule changes made within the two weeks notice. Schedule changes include canceling, moving shifts, adding additional hours, and adding shifts.

Some employees have expressed their opposition by going straight to the public. Manhattan barista Kin Ching expressed opposition to the proposal in an opinion piece for the New York Daily News. Ching argues flexible scheduling is critical to balancing work and school.

San Francisco and Seattle have adopted similar policies. Supporters claim it is a necessity for workers. Next Generation, a progressive nonprofit, argued the absence of such laws can make life very tough for workers who have to schedule their work around other life commitments.

Some critics have also expressed concern political contributions might influence the five-member committee. Labor unions have contributed $154,694 to three of the committee members. The concern is how large the contributions have been for such local positions.

Lander did not respond to a request for comment by InsideSources.