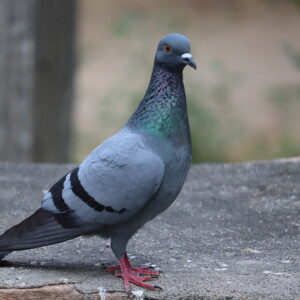 Posted to Politics March 15, 2021 by Daryl James and Jaba Tsitsuashvili

New Yorker Joe Corsini loves pigeons. “My father had them and my grandfather had them,” he says. “It’s in my blood.” Unfortunately, his hobby proved expensive when municipal code enforcers showed up at his Queens duplex and fined him thousands of dollars for constructing a rooftop bird coop without a permit.

Wanting to bring the structure into compliance, Corsini hired an architect and submitted drawings to the Department of Buildings. Yet he soon discovered the futility of trying to satisfy the inspectors, who even demanded that he install expensive fire sprinklers on the coop.

Left with few options, Corsini gave up and dismantled the project. That’s when he discovered that his fines had continued to accumulate, even while he worked with inspectors in good faith. His final tab came to $11,000.

“They saw an opportunity to write violations and collect fines, and just pressed it,” Corsini says.

Other homeowners face even harsher punishments for minor infractions. Code enforcers in Lantana, Florida, sent a $100,000 bill to Sandy Martinez for parking cars partly on the grass in her own driveway. They also dinged her for having a storm-damaged fence and cracks in her pavement, bringing her total assessment to more than $165,000.

Meanwhile, code enforcers in Dunedin, Florida, fined Jim Ficken nearly $29,000 for having tall grass. And inspectors in Pagedale, Missouri, threatened to fine 88-year-old Mildred Bryant for not having matching curtains or slats on her home’s windows.

Desperate for relief, all of these individuals partnered with the nonprofit Institute for Justice and fought back in separate lawsuits. The cases highlight a nationwide problem. Rather than using municipal codes to protect and serve the public, cash-strapped agencies are using their police powers to generate cash.

The Institute for Justice describes the practice as “taxation by citation.” The problem could get worse with COVID-19, as the pandemic’s economic effects limit sales tax revenue and leave governments scrambling for cash. New York City already has budgeted for a $150 million annual increase in fines and fees.

Corsini, who otherwise loves New York and never wants to leave, says one consequence is less trust in government. “I don’t understand why the Building Department can’t work with homeowners, instead of working against them,” he says. “Unless they’re just entirely in it for the money.”

Protests in Ferguson, Missouri, following the 2014 police slaying of Michael Brown show what can happen when cities allow us-against-them attitudes to fester. Following the police shooting, the U.S. Department of Justice conducted an investigation and found a long history of abuse in the St. Louis suburb.

Distrust stemmed in significant part from aggressive code enforcement. Ferguson officials had prioritized money over safety as a matter of policy, urging the police chief and municipal court judge to do what was necessary to maximize revenue.

States can reduce these profit incentives by putting legislative safeguards in place. But most do not. A 2020 report from the Institute for Justice, “Municipal Fines and Fees: A 50-State Survey of State Laws,” identifies problematic statutes from coast to coast.

Lawmakers in New York, for example, turn municipal departments loose to operate like mini fiefdoms with minimal due process. Some of the citations that Corsini received provided zero opportunity for a hearing before a neutral adjudicator. New York and other states also provide lax oversight of municipal courts, which often operate outside the normal rules of civil procedure and evidence.

The situation is particularly bad in Louisiana, where lawmakers allow rural mayors—the same people responsible for maximizing revenue—to serve as magistrates in their own courts. For people who receive citations, this means their accuser is also their judge.

Lawmakers can help by passing meaningful reforms that put neutral judges in charge of justice—not government workers and political appointees with unchecked police power. Pigeons in New York would benefit, and so would property owners. Good policy is not just for the birds. It’s for everyone.

Daryl James is a writer and Jaba Tsitsuashvili is an attorney at the Institute for Justice. They wrote this for Inside Sources.com.