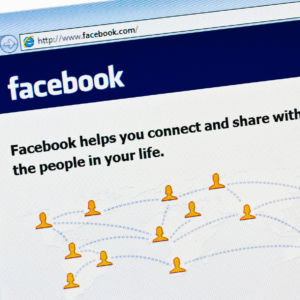 News Media, Tech Firms Clash Over How the FTC Should Approach Regulation

American newspapers want the Federal Trade Commission (FTC) to regulate Facebook and Google more heavily. Facebook, Google and other internet-based companies want “fair and flexible” regulations. AT&T wants a “technology-neutral framework” for analyzing competition and consumer protection issues, and stated that vertical mergers are “procompetitive” — a subtle appeal to the FTC to leave its acquisition of Time Warner alone.

When the FTC announced its plan to host hearings on Competition and Consumer Protection in the 21st Century earlier this year, think tanks and tech firms rushed to meet the August 20 deadline to comment on how they think the FTC should approach various competition and consumer issues, like antitrust regulation, algorithmic decision-making tools, privacy, Big Data, artificial intelligence (AI), predictive analytics, communication technology firms, and social media.

Silicon Valley — and some think tanks — encouraged the FTC to take a soft approach to regulation to stimulate competition and innovation, while others — like the News Media Alliance (NMA) — petitioned the commission to rein in the big tech firms, which they see as stifling important industries, preying on consumers and monopolizing the market.

“As news moves online, it has become clear that the digital deck is stacked against quality journalism,” the NMA wrote in its filing. “The two most important questions digital publishers must answer center on distribution and monetization: How will the publisher get its content to consumers? And how will it monetize that content? Today, when publishers try to answer those questions, they face a nearly impossible situation: tech giants — especially Google and Facebook — now control both the distribution and monetization of online news content.”

According to the filing, Facebook and Google control 80 percent of referrals to digital news publications.

“Ultimately, these practices reduce the output of high quality journalism — news publishers who cannot monetize their content produce less of it,” the filing reads.

Because high quality journalism is necessary to a flourishing democracy, the NMA thinks the FTC should protect newspapers from Big Tech’s “anticompetitive conduct.”

“It is difficult for news publishers to protect their content through current intellectual property (“IP”) protections, so platforms can threaten (expressly or implicitly) to get similar content from other sources,” the NMA states. “If a reporter spends years uncovering a story and publishes what she discovers online, there is nothing to prevent a rival publication from immediately publishing the exact same information on its site or an aggregator to capture traffic by providing snippets.”

The Internet Association, on the other hand — representing Amazon, Facebook, Google, Netflix and others — filed a more nebulous comment to the FTC, recognizing that regulation is coming for their industry but asking for “flexible” regulations given the “increasingly important” role of the internet in the U.S. economy.

To drive the point home, the association notes that, “Virtually every modern business — from large manufacturers, to farmers and small businesses in every town in America — uses internet-enabled tools to connect with domestic and foreign customers, bypassing traditional models of trade that required huge sums of capital and costly multinational supply chains.”

Because so much of commerce depends on the internet, the association believes it’s critically important that the FTC not regulate the sector too heavily so as not to stifle innovation and best business practices.

But AT&T’s whopping 48-page filing asked the FTC for uniformity with future regulations, suggesting the commission “work with Congress to ensure national consistency in the rules applicable to the internet ecosystem.”

“To avoid the destabilizing consequences of such open-ended regulatory intervention,” the filing reads, referring to the Federal Communications Commission’s Title II rule, ” this Commission should enhance the transparency and predictability of its enforcement decisions and the substantive rationales underlying them.”

AT&T then opposes the Internet Association’s petition to take a flexible approach, arguing that because “communications infrastructure companies compete directly with online tech companies in a variety of market settings,” the FTC should apply a “unified, technology-neutral framework for analyzing competition and consumer-protection issues.”

This particular request highlights AT&T’s own interests as an ISP competing in the video entertainment industry with non-ISP entities like Amazon and Netflix.

“These online video providers are fundamentally reshaping the video entertainment industry, and they are succeeding largely because they are breaking down traditional industry distinctions,” AT&T argues. “In particular, these online firms have used the data they glean from their millions of direct customer relationships as distributors to enhance the appeal of their programming—for example, by making content more responsive to the preferences of specific viewer categories and by fine-tuning personalized recommendations to individual subscribers.”

AT&T then hits back at the Department of Justice’s amicus brief filed just a few weeks ago outlining its challenge to the merger with Time Warner. The DOJ’s brief said Judge Richard Leon didn’t interpret antitrust law correctly. In its FTC filing, AT&T says the DOJ’s interpretation — which relies on the antitrust rulings from the 1950s and 60s — is antiquated.

“Fifty years ago, antitrust was an untenable hodgepodge of subjective value judgments, often applied to protect inefficient businesses against low-priced competitors at the expense of consumers,” AT&T states.

AT&T goes on to claim the DOJ disregarded “economic logic” in those old antitrust cases, clapping back to the DOJ’s statement that the AT&T ruling “ignored economics and common sense.”

Others who commented on the FTC’s upcoming hearings included a host of right- and left-leaning think tanks.

Think tanks like the American Enterprise Institute, the American Consumer Institute, the Free State Foundation, and the Mercatus Institute asked the FTC to avoid “top-down” regulatory solutions and adopt a “soft” and “permissionless” approach. Left-leaning organizations, like Public Knowledge, called for “stronger antitrust enforcement, aggressive use of regulatory power and new laws to fill in important policy gaps.”

Hearings are scheduled to begin in September.