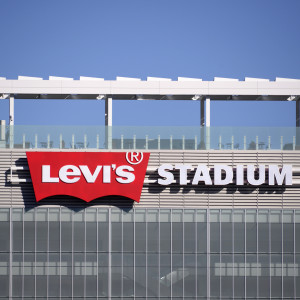 St. Louis and Missouri taxpayers paid the full $280 million cost of construction for the Edward Jones Dome in 1995. In an effort to keep the Rams in St. Louis, government officials tried to persuade the team to stay with the promise of $500 million for a new billion-dollar stadium.  Rams owner, and billionaire, Stan Kroenke decided to move despite the generous taxpayer gift.  The problem is that Missouri taxpayers aren’t off the hook because they will be paying $12 million until 2022 on the Edward Jones Dome.

In addition, according to the Salt Lake Tribune, “An effort to persuade the owner of the St. Louis Rams to keep his team in Missouri by building a new riverfront football stadium not only failed, but also left the public on the hook for $16.2 million in expenses.”  The article also noted that, “Architecture firm HOK made more than $10.5 million for its work on the stadium plan, while the Dome authority’s attorneys, Blitz, Bardgett & Deutsch, billed almost $900,000. Thompson Coburn bond and financing lawyers charged an additional $760,000.”

The most expensive stadium for taxpayers is Lucas Oil Stadium (home of the Indianapolis Colts) with an astounding $619 million in taxpayer funds used.  Taxpayers’ massive investment in building a stadium for Colts billionaire team owner Jim Irsay proved disastrous for the Indianapolis economy. Since the construction of the stadium, the poverty rate in Marion County, the county in which Indianapolis is located, skyrocketed from 12.7 percent to 21.3 percent and the median household income dropped more than $10,000, from $51,553 to $41,478. Pushing off 86 percent of the cost of stadium construction on to the backs of taxpayers freed up plenty of spending money for the Colts. Some of that money was used to buy a condo for Kimberly Wundrum, Irsay’s mistress.  Wundrum later died of an overdose in the Colts-owned home. Shortly thereafter, Irsay was arrested for DUI and drug possession, was suspended six games by the NFL and attended rehab in several facilities around the country.

Levi’s Stadium, the home of Super Bowl 50 and the San Francisco 49ers, is only a year old, but that’s enough time for taxpayers to realize that the project is fool’s gold. The owners of the 49ers convinced the city of Santa Clara to invent a new tax on tourists to help fund a $114 million government handout to the team – even though the 49ers are worth an estimated $1.6 billion and the team’s owners clear about $100 million a year in profits.  Santa Clara officials sold taxpayers on the project by claiming the stadium would attract a 900,000 square foot office complex to the area around the stadium. Spending $114 million in exchange for drawing hundreds of jobs to the area sounded like a decent trade-off to some taxpayers – until it was revealed that the office building would’ve been built whether or not the stadium was there.

The NFL is a popular and lucrative league.  Unfortunately, taxpayers are left with the bitter taste of defeat when taxpayer dollars are used to fund stadiums.  NFL teams should use private financing to build stadiums rather than taxpayer money.