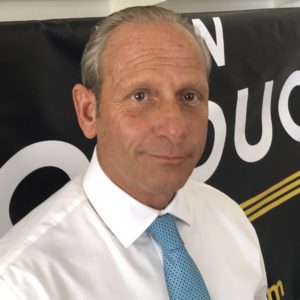 In a forceful speech before an enthusiastic crowd, Army veteran and political newcomer Don Bolduc launched his bid to take on Sen. Jeanne Shaheen with a stark declaration:

“After 36 years in the Army, I don’t give a damn about politics. I’m trained to get the job done.”

Brig. General Don Bolduc (Ret.), an Army veteran with 10 tours of duty in Afghanistan, is the first candidate to formally enter an NH GOP primary field that’s expected to include former Speaker of the NH House Bill O’Brien and possibly attorney Bryant “Corky” Messner of Wolfeboro.

He packed the VFW in Concord with a crowd that included veterans, Republican activists and a handful of Republican legislators. 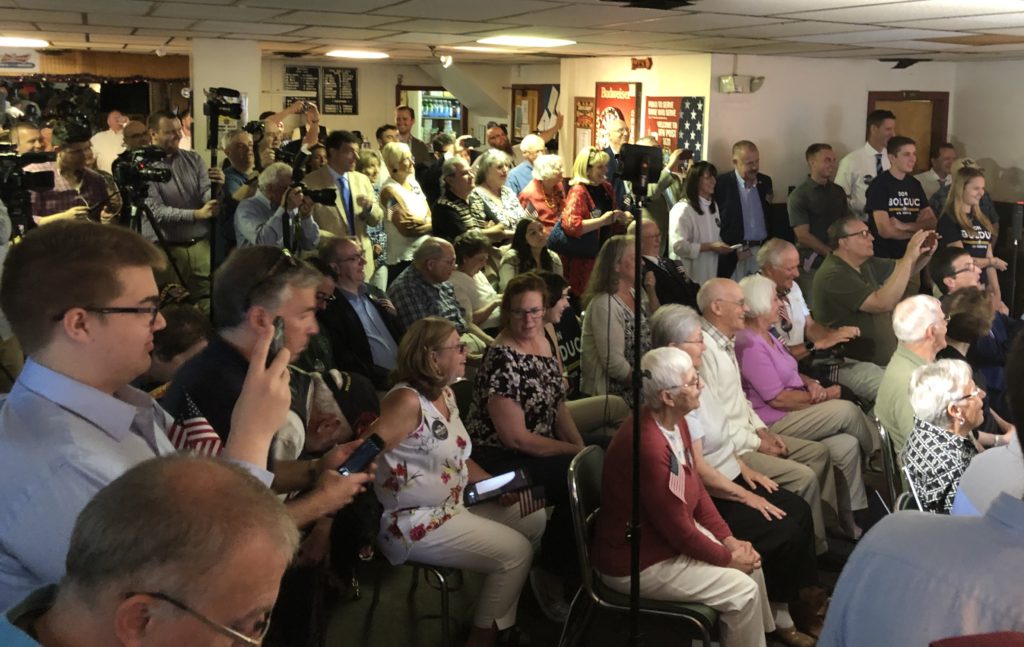 Gen. Don Bolduc announced his Senate candidacy at the VFW in Concord, N.H.

While Bolduc spoke at length about his family–his wife Sharon is also a veteran — and his military service, he made only passing reference to the incumbent Democrat Shaheen. “I respect Sen. Jeanne Shaheen for her decades in the political arena. But she has been part of the failed leadership in Congress and it’s time for a change.”

Perhaps even more significant is the other prominent politician Bolduc never mentioned a single time in his announcement speech or campaign kick-off video:

“I support President Trump, yes,” Bolduc told NHJournal in an interview, but he declined to elaborate further.  Earlier that morning, Bolduc told Jack Heath on WGIR, “I support the president but that doesn’t mean I hang on his every word. I have personal integrity, professional integrity. I will tell the president what he needs to hear, but I will do it in a way in which we will be able to work together.”

Many Republicans believe the Senate GOP primary in New Hampshire– like Republican primaries across the country– is likely to be a “Trump” primary, as Republican voters nationally continue to offer the president record-high levels of support. In the latest Suffolk University poll released on Monday, Trump’s numbers among GOP voters nationwide is 86 percent approve, 10 percent disapprove.

“I can’t imagine anyone looking at Trump’s conservative successes, from the economy to judges to moving the embassy to Jerusalem, and saying ‘I’m not for that,'” potential GOP candidate Bill O’Brien told NHJournal today.

Previous polling of New Hampshire Republicans finds similar levels of support among the Granite State GOP faithful. Can Bolduc navigate a narrow line of nuanced support for Trump and win the primary?

And then there’s the money question. Dennehy estimates it will take $2 million to win a GOP primary and at least another $10 million to seriously challenge Shaheen. (Shaheen spent $12 million fending off Scott Brown in the 2014 campaign.) GOP insiders are watching to see if Bolduc can garner the financial support necessary to mount a serious race.

Observers rate the New Hampshire Senate race as leaning Democrat but, given Trump’s performance in 2016 (he lost by just 0.3 percent) and the closeness of the two previous Senate races (Sen. Hassan defeated incumbent GOP Sen. Kelly Ayotte by just over 1,000 votes in 2016), the 2020 Senate race is viewed as competitive. In addition, recent polling of a theoretical head-to-head match-up against GOP Gov. Chris Sununu shows New Hampshire voters are willing to consider a Republican alternative. 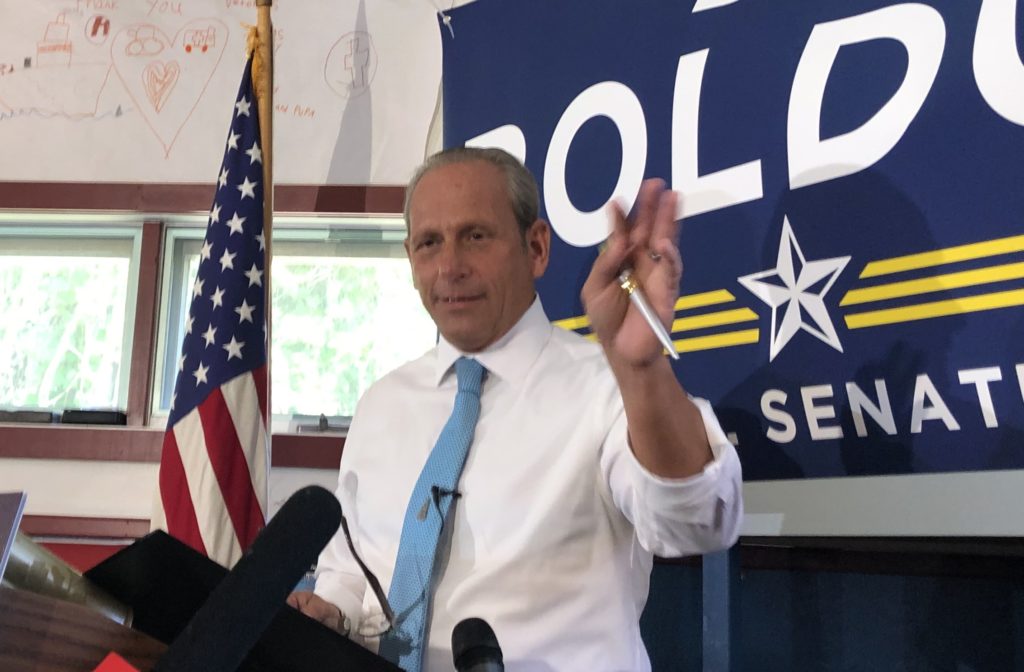 Bolduc waves to his granddaughter sitting in the front row at the VFW in Concord.

Jim McConaha of Concord was in the audience and told NHJournal he was impressed by Bolduc’s presentation. “It was the way he presents himself. He’s very personable. That’s important if you want to be successful in politics. I think he’ll be very appealing to people.

“It was an incredible speech,” Barbara from Hooksett said. “He’s for the veterans, and he has high integrity. That’s what we want from a leader.”

Bolduc offered few policy specifics in his announcement address–hardly surprisingly for a first-time candidate a year before the September 2020 primary. One area he did highlight, however, was veterans services, a cause the retired general has long championed.

“Politics and failed leadership in Congress is letting our veterans down. We owe it to our veterans to give them a full-service VA center,” Bolduc told the VFW crowd. “They have earned it.

“Why can’t the people in Washington, DC get it right?” Bolduc asked. “Because they’re the wrong people.”