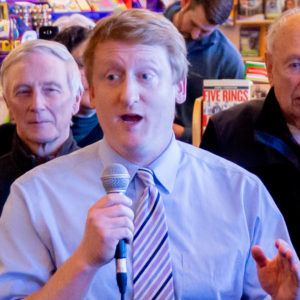 “I am proud that New Hampshire remains an income tax free state,” Governor Chris Sununu said in an early-morning statement Wednesday. “We need to maintain that New Hampshire Advantage at all costs. The N.H. Department of Justice will conduct a review of each state’s Department of Revenue’s actions to determine whether any state is engaging in improper taxation of our citizens. We will take immediate steps to stop any attempts to impose income taxes on Granite Staters in a manner that violates the law or the New Hampshire or United States Constitution.”

In March, the Massachusetts DOR changed the state’s policy toward income earned by out-of-state workers. Instead of exempting income earned in New Hampshire from Massachusetts’ 5 percent income tax, the Baker Administration declared via fiat that they were going to treat that income as though it were earned in their state. For months, Granite Staters working from home, often under orders from the state of Massachusetts, have been paying income taxes to the Bay State. All the while, N.H. politicians have been silent.

On Wednesday, Democratic candidate for governor state Sen. Dan Feltes sent a letter to the Massachusetts Department of Revenue confronting them over their treatment of his state’s workers. The letter, which Feltes signed under his role as chairman of the Senate Ways and Means Committee, notes that “Massachusetts chose to enact a broad-based income tax. That’s, of course, its choice. We’re proud New Hampshire has never gone down that road, especially now, when working families are struggling more than ever under COVID-19.”

The letter was co-signed by Sen. Lou D’Allesandro, chairman of the Senate Finance Committee.

“We cannot stand idly by as Massachusetts now tries to tax New Hampshire residents who are working remotely, acting as if they were still working full-time in Massachusetts proper,” the letter reads.

“That’s unfair, that’s anti-worker, that’s anti-public health, and it rests on, at best, shaky legal grounds. In the interest of public health, protecting workers, and protecting our regional relationship, we respectfully encourage you to withdraw the tax rule change penalizing New Hampshire residents who now work remotely due to COVID-19.”

It’s also not necessary. In Philadelphia, for example, the city announced that commuters who can prove they were forced to work from home due to the coronavirus can receive a refund of the 3.5 percent income tax they pay during that period.

New Hampshire has a long history of politicians pushing back against cross-border policies from the Bay State.

In 1976, Gov. Mel Thomson announced he was stationing state troopers at border liquor stores to harass Massachusetts revenue agents attempting to catch Bay Staters buying inexpensive booze. “And when New York City tried to collect $70,000 in parking fines from New Hampshire scofflaws, Thomson suggested placing a lien on the Statue of Liberty and moving it to Portsmouth,” according to a 1977 article in People magazine.

In 2009, Gov. John Lynch decried Massachusetts’ “outrageous” attempt to apply its sales tax on purchases at Town Fair Tire stores in New Hampshire. “We’ve chosen not to have a sales tax,” Lynch said at the time. “If Massachusetts wants to have one, that’s their prerogative.”

Massachusetts has been imposing its income tax on work-from-home Granite Staters since March. The question now is whether efforts to protect those workers will extend beyond the “Hans Blix” level and go to court action or a political confrontation with Massachusetts Gov. Charlie Baker.

House Minority Leader Dick Hinch (R-Merrimack) released a statement in support of the governor’s announced plan for a review:

“For the last two years, we have been fighting against New Hampshire Democrats’ proposals to institute a state income tax here in New Hampshire,” Hinch said, “Now we are pushing back against what may be an improper application of other state’s taxes on New Hampshire’s growing work-from-home population.”

“Let us be clear. The New Hampshire Advantage should be defended from all enemies – both in-state, and out of state,” Hinch said, “If other states are in violation of any state or federal law or constitutional provision, they should get their hands out of our workers’ wallets immediately. I thank the governor and our Department of Justice officials for taking action on this serious issue. New Hampshire workers should not be funding other states’ budget woes if they don’t step foot in that state.”