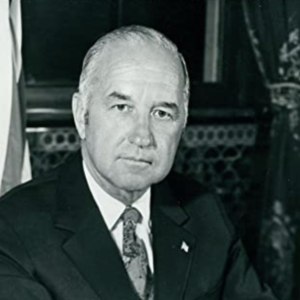 Where’s Mel Thomson when you need him?

New Hampshire residents who work in Massachusetts are used to paying the Bay State’s income tax for the privilege. However, they’re also used to being exempt from the tax when they work somewhere else, say on an extended work trip or temporary relocation.

But as the Union-Leader reported, Massachusetts is using the COVID-19 crisis to exempt itself from its own exemption. Its Department of Revenue (DOR) has issued an “emergency order” giving it the right to collect taxes on income earned outside the state, despite the fact that it’s the state of Massachusetts that ordered these New Hampshire workers not to cross the border.

And now New Hampshire workers, one in five of whom commute out of state — the third-highest rate in the U.S. — are asking who’s going to stand up for them? Apparently, not Gov. Chris Sununu.

It’s not that Sununu and the state have no options. According to prominent NH tax attorney Bill Ardinger of Rath, Young and Pignatelli, the legality of Massachusetts’ actions is in question.

“In the past, Massachusetts has credited taxpayers for days spent working out of state. It comes under the ‘convenience of the employer’ rule, which is a bad name for it,” Ardinger told NHJournal. “If I work for a law firm in Boston but work from home at my convenience, then it’s common to still owe taxes.”

“But this is different. Massachusetts is saying ‘if you work from home due to COVID-19, we’re going to consider it a Massachusetts source of income.’ But it’s not ‘at my convenience.’ I’ve been ordered by the governor to stay home. In many cases, I’m still being advised to stay home.

“I believe there is a claim to be made by New Hampshire that Massachusetts is overreaching its power,” Ardinger said.

“Forty-five years ago, this kind of aggression from Massachusetts would have ignited a border conflict,” Andrew Cline of the Josiah Bartlett Center for Public Policy told NHJournal. “The same thing should happen today.”

But instead of throwing down on Massachusetts, Sununu has stayed silent. He’s issued no public statement or even publicly raised any questions.

When NHJournal asked the governor if he was going to act on behalf of New Hampshire residents or confront Gov. Charlie Baker about Massachusetts’ new tax policy, Sununu demurred.

That’s not the reaction overtaxed New Hampshire commuters were likely hoping for.

The politics of standing up to Massachusetts is a no-brainer. Why would Sununu let Gov. Baker reach across the border to tax work that’s being done by Granite Staters, inside the Granite State? It’s certainly different from the way Gov. John Lynch handled the Town Fair Tire dispute.

Or the way Gov. Mel Thomson handled, well, everything.

Even if a final resolution favors the greedy bean counters of the Bay State, it’s a political fight worth having. Granite States love hating Massachusetts. What’s the downside?

According to Ardinger, there are many ways New Hampshire could respond, starting with building on the stance the Granite State took in the wake of the Wayfair decision. In 2018, the U.S. Supreme Court drastically changed the rules of interstate commerce, allowing states to force businesses without a physical presence to collect sales taxes.

In response, Gov. Sununu and the Democrat-controlled legislature passed a law requiring states or other taxing jurisdictions who want to impose a duty to collect sales taxes on a New Hampshire business to “notify the New Hampshire Department of Justice at least 45 days in advance.”

This, Ardinger says, is the approach New Hampshire could take in the commuter-tax case.

It looks like Democrats may be stepping into the gap. Sources tell NHJournal that the chairman and vice-chair of the Senate Ways and Means Committee, state Sens. Dan Feltes and Lou D’Allesandro, are sending a letter to the MA Department of Revenue encouraging them to withdraw the new policy penalizing New Hampshire residents who now work remotely due to COVID-19.

Feltes, of course, is a Democratic candidate for governor.