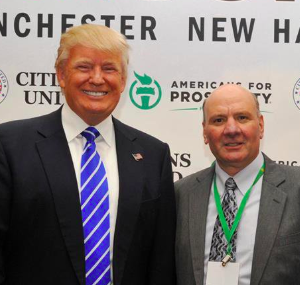 “This is a fatal flaw in our bylaws that keeps party officials from supporting our party’s president. It’s ridiculous,” Bretton told NHJournal.

“History shows that when Republicans don’t back the incumbent, we lose the seat. We saw it in 1992. We work so hard as a party to secure the presidency–then we’re not going to support our president?”

NH state Rep. Fred Doucette, a member of the incoming House GOP leadership and New Hampshire co-chair of Trump for President, agrees.  “It’s just common sense. If our party doesn’t unite, if we don’t all pull together, we lose.” 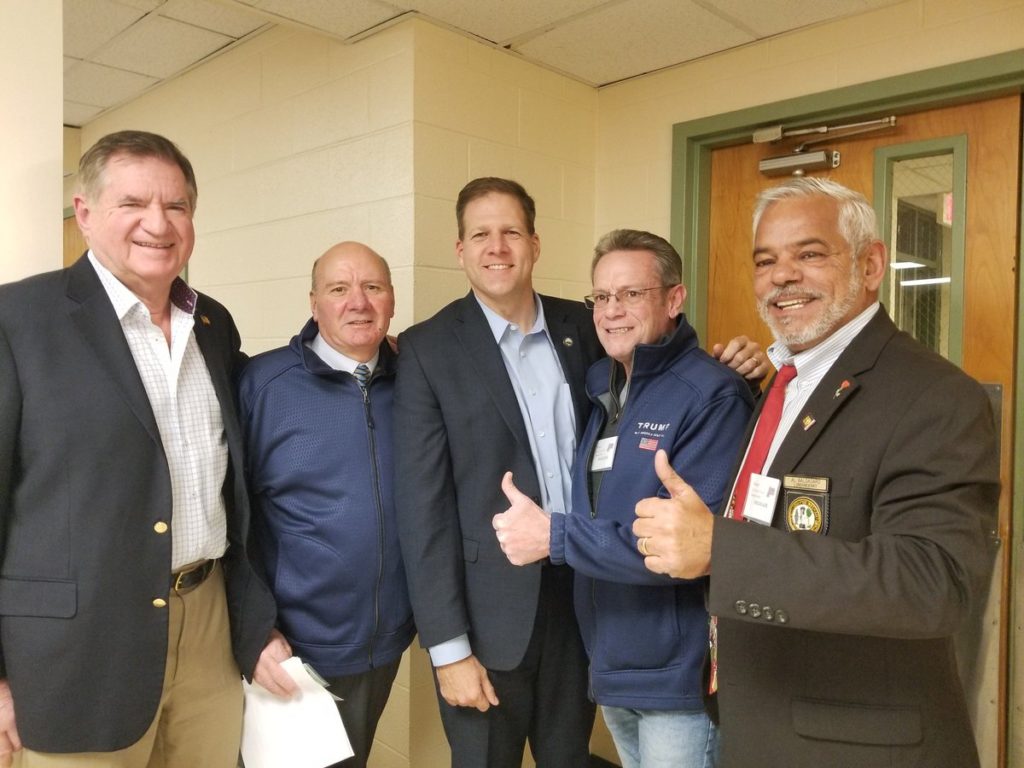 “I was at the bottom of the escalator in New York when he came down and announced his presidency, and I took a lot of abuse during the campaign. But he won, and he’s doing exactly what we elected him to do. President Trump deserves our support.”

Both Breton and Doucette told NHJournal they were still working on the best way to bring the rule change about, possibly during the GOP state convention in the spring. “It probably can’t happen [at the NHGOP convention] in January, but we could have a vote on a change in bylaws in the spring. Or there might be some other way to accomplish the same thing. We’re not sure. We’re just having a discussion,” Doucette said.

Breton says he brought up the idea at the Rockingham County Republican Committee Caucus earlier this month and “there was tons of support. I was really surprised. The ‘Never Trumpers’ don’t like it, but the grassroots love it,” Breton said.

“Trump is wrong to threaten the integrity of New Hampshire’s First in the Nation Republican primary. But he and his supporters wouldn’t head down this disreputable path if they weren’t worried. What are they worried about? They’re worried about free and fair competition on a level playing field. They’re worried about Granite Staters making up their own minds and deciding for themselves, as they’ve always done.”

The current frontrunner to become the new NHGOP chairman in January, Trump backer Steve Stepanek, has already declared that he would remain neutral in the 2020 primary if elected chair. “Where the party needs to be neutral, I will be neutral,” Stepanek says.

Other Republicans, like local GOP strategist Dave Carney, are more concerned about the impact of an “endorse the incumbent” policy on New Hampshire’s “First In The Nation” primary.  Carney, like many Granite State Republicans, believes the state’s #FITN status narrowly missed a major blow when longtime Secretary of State–and aggressively non-partisan Democrat–Bill Gardner was re-elected earlier this month by a one-vote margin in the legislature. They’re concerned that other states might use the perception of a rigged primary as leverage to bump the Granite State from the front of the line.

Doucette rejects the description of his proposal as “rigging.”

“Are all 50 state party’s neutral? Do they all have a policy against endorsing?  This is just an idea we’re discussing, and right away the RINOs are trying to rock the boat,” Doucette said. “We’re Republicans. We should all be supporting our president. He deserves it.”