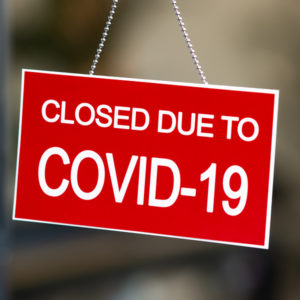 A coalition of more than 300 major public and private sector groups, including the New Hampshire Retail Association, released a new ad on Monday imploring Congress to pass COVID-19 relief during the current lame-duck session. The ad, called “Economic Relief Can’t Wait,” was released by The COVID Relief NOW Coalition.

“The acute hurt from the pandemic is real, and it comes in the short-term through drastic changes in consumer behavior,” the NH Retail Association’s Nancy Kyle told NHJournal. “And it will come through long-term economic residual effects that are likely to remain well after a vaccine is distributed to the general population. But to survive to that point, New Hampshire’s main street shops need relief now.”

That relief is not forthcoming, as Speaker Pelosi continues to block GOP-backed COVID relief in the House and the Democratic minority in the U.S. Senate have used the filibuster to block it there, too.

Both of New Hampshire’s U.S. Senators, Maggie Hassan and Jeanne Shaheen, joined the Democratic filibuster to kill $500 billion in COVID-19 relief in October. And in September, Rep. Chris Pappas wrote Speaker Pelosi and said he was prepared to sign a discharge petition to get a COVID relief bill out of the House if she continued to block it.

Pelosi continues to block the COVID relief package. Pappas hasn’t signed the discharge petition, and he has refused to respond to multiple requests for comment regarding his pledge.

The New Hampshire delegation has, however, did write a strongly-worded letter to congressional leaders urging them to take action.

The COVID Relief NOW Coalition says the time for political posturing is over.

“The election is over, and now it is time for Congress to do their job by prioritizing the many businesses and employees in the hardest-hit industries,” said Chip Rogers, president and CEO of the American Hotel & Lodging Association, one of the coalition’s founding members. “Millions of jobs and the livelihoods of people who have built their small business for decades are just withering away because Congress has offered no relief since March.”

“We can’t afford to let thousands of small businesses die and all of the jobs associated with them be lost for years to come.”

In a letter to congressional leadership in September, the coalition called this time a “pivotal moment.”

“Our employees, businesses, and constituents cannot wait for additional federal aid to come in March 2021. If Congress fails to act, millions of employees will be furloughed or terminated; millions of unemployed Americans will lose their unemployment insurance pandemic benefits; hundreds of thousands of companies will be at risk of closing their doors forever,” they wrote.

“Congress needs to rise to the occasion and cast partisanship aside to provide a lifeline to get through this pandemic.”

Both Senators Hassan and Shaheen have declined to take questions on their decision to block COVID-19 relief.