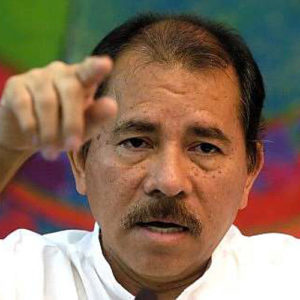 An international panel convened by the Arias Foundation for Peace and Human Progress in Costa Rica has concluded that Nicaragua’s regime, headed by Daniel Ortega and his wife, Rosario Murillo, has had multiple security agents commit sexual torture against detainees.

In one case as many as 15 agents held the victim.

The international community did not pay enough attention to that small country without oil before the pandemic. It pays even less today, but the Ortega-Murillo regime has become one of the most ruthless dictatorships in the world.

The findings of the Arias Foundation’s Court of Conscience will hopefully serve to bring to justice in international courts those responsible for the Nicaraguan state’s widespread use of torture and shoot-to-kill policy.

In 2018 an investigation conducted by an Interdisciplinary Group of Independent Experts set up by the Organization of American States had already accused Ortega and his repressive forces of crimes against humanity.

This new investigation, which adds to that report and to another by the High Commission for Human Rights, is a big step towards building a solid case to prosecute these thugs.

The Court of Conscience found that 11 women and seven men suffered unspeakable indignities, including sexual torture, at the hands of security forces that held them captive.

The 18 Nicaraguans were repeatedly raped with the use of firearms and batons, a practice that, according to multiple testimonies, is widespread.

Forensic evidence as well as personal testimonies led the panel, made up of international experts Almudena Bernabéu, Clemencia Correa, Alda Facio and Sonia Picado, and supported by a team of forensic, psychological  and legal aides, to conclude that these were not isolated spontaneous acts of abuse, but part of a government policy.

Ortega’s regime has killed several hundred protestors under a shoot-to-kill policy that ordered the use of Dragunov sniper rifles and AK-47s on them, wounded thousands, and forced dozens of thousands into exile; close to 100,000 Nicaraguans have fled the dictatorship to Costa Rica.

Prominent members of the Catholic Church, the press, and the student movement have also had to leave the country, including Bishop Silvio José Báez, whom the pope appointed to a post in the Vatican following repeated death threats and acts of intimidation, and journalists such as Carlos Fernando Chamorro, the editor of Confidencial, a media outlet critical of Ortega.

Bianca Jagger, the well-known human-rights advocate of Nicaraguan origin, who was a special guest of the panel, recently told me that the persecution of the church, the student movement, peasant communities, and the press has continued unabated these last two years and has once again intensified.

The few independent media organizations left in Nicaragua, Channel 12 among them, are now being shut down under the pretext that they owe the government taxes.

Ortega, who governed in the 1980s following the triumph of the Sandinista revolution, came back to power in 2007 thanks to a pact with the Liberal Party and its corrupt former president, and consolidated his power in the first few years by striking a series of deals with groups he had persecuted during his first tenure, particularly the business community grouped under COSEP.

He kept changing the constitutional rules and committing electoral frauds to get himself reelected. Eventually he felt strong enough to do away with his new friends and establish a regime that concentrates all economic as well as political power under himself and his wife, who became vice president in 2017.

When the protest movement, which until then represented no serious threat to the Ortega-Murillo couple, reached a critical mass in 2018, the state apparatus directed its ruthless attention to any person or group that dared criticize the government. The result was systematic torture and hundreds of killings to which international panels such as the recent one in Costa Rica have tried to call attention.

Nicaragua may be small and may lack oil, but the six million prisoners that constitute its population deserve a great deal more attention than they are getting.