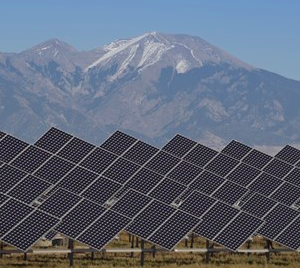 A New Mexico Native American tribe plans to build a 50-megawatt solar farm, which includes a 20-megawatt battery storage unit, making it the first tribally owned, utility-scale solar project in the nation, according to a new report.

The Jicarilla Apache tribe’s solar power project would transmit a large portion of its electricity to Albuquerque through the Public Service Company of New Mexico (PNM), according to an Institute for Energy Economics and Financial Analysis (IEEFA) report.

“Jicarilla Solar is seen regionally as a pilot project of sorts — first, to test the marketability of utility-scale solar built on tribal lands in New Mexico, and, second, to position the participants — and ratepayers — to benefit from rapid gains in utility-scale solar technology,” the report released last week said.

The IEEFA conducts global research and analyses on financial and economic issues related to energy and the environment. The institute seeks to accelerate the transition to a diverse, sustainable and profitable energy economy.

Power from Jicarilla land would be transmitted to PNM to support a new program, PNM Solar Direct, allowing the company’s larger customers — with a combined demand of at least 2.5 megawatts — to buy solar power directly from the state’s largest utility. Under the terms of the power purchasing agreement, PNM would pay $21.73 per megawatt hour.

The 500-acre project would be built on land in Rio Arriba County, which had already been set aside for business development. If approved by state regulators, the agreement would last for 15 years, including a yearly lease payment made to the Jicarilla Nation. About half of the power would go directly to Albuquerque under terms that need to be negotiated between the tribe, the city and PNM.

“By streamlining renewable energy development, especially in a state with abundant wind and solar like New Mexico, we can create quality jobs and help make America more energy independent,” the IEEFA said in its report.

Under the state’s new Energy Transition Act (ETA), the PNM is working to close down the San Juan Generating Station, the source of about 30 percent of the utility’s power and the state’s largest coal-fired plant.

Gov. Michelle Lujan Grisham signed the ETA into law in March. The law sets a statewide renewable energy standard of 50 percent by 2030 for New Mexico investor-owned utilities and rural electric cooperatives. It also establishes a goal of 80 percent by 2040 for both; a carbon-free mandate for investor-owned utilities by 2045; and for rural electric cooperatives by 2050. The law allows the use of bonds for the PNM to help cover costs of closing the coal-fired power plant.

ETA also creates incentives for power companies to switch over to renewables and provides funding to retrain workers at San Juan or provide severance packages for those laid off during the transition.

The Public Land Renewable Energy Development Act, if passed, would simplify the permitting process for such projects and create policy to share revenue with communities where the facilities are located. It would distribute 25 percent of the revenue to the state and 25 percent to the counties.

“Public lands can and should be part of the solution to the climate crisis,” Udall said. “I’m proud to support this legislation, which will encourage the responsible development of renewable energy on public lands — supporting our economy and benefiting the environment in the process. This is a win-win. New Mexico has the potential to lead our clean energy economy, and I’ll continue to support efforts to create jobs in renewables and other forward-looking sectors.”