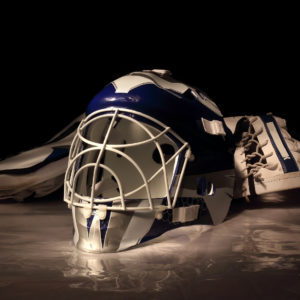 #NoDAPL Protesters Ask for Money for Stoves, Spend It on Hockey Masks

Christmas is coming, meaning gift givers are out with long shopping lists. This year, instead of presents, some people will be receiving donations made in his or her name to the Dakota Access Pipeline protests in North Dakota and to related groups.

A look at the GoFundMe page for one such allied group, the International Indigenous Youth Council, shows warm messages which appear to be from grandparents donating in honor of their grandchildren. The generosity may be heartwarming, but what the group does with the money it receives differs from both the intent of the page and GoFundMe more generally.

The International Indigenous Youth Council started a campaign to help winterize Standing Rock more than two months ago. At the time, group leader Eryn Wise, described the group as “youth working towards a common goal” who needed outside support to protect the water.

Since then, the group’s donations page has been shared almost three thousand times and has raised more than $30,000, with the bulk of the donations coming for amounts of less than $100. Updates from Wise, the campaign founder, show that the group has shifted from using the money to buy stoves and blankets to using it for direct activism, a move which resulted in their donations page being temporarily shut down for being in violation of GoFundMe policies.

In a Facebook post on November 30, the International Indigenous Youth Council told supporters who wished to donate in support, “DO NOT say that you’re donating for legal purposes.”

“GoFundMe just shut down our crowdfunding page because someone said that they were making donations for council members that have been incarcerated,” the post continued. Instead, the group asked supporters to donate directly through their PayPal account. While a subtle shift, changing donation platforms makes donations effectively untraceable. There is no publicly accessible means of finding out how much was donated to the PayPal account, or by whom.

The GoFundMe account was shut down because the protesters had been operating in open violation of GoFundMe’s corporate policy, which forbids users from creating campaigns for “the defense or support of anyone alleged to be involved in criminal activity.” Previous donations earmarked for legal defense or bail had resulted in the group’s page being shut down.

Along with money, the group asks for donations of supplies. The list of requested materials includes bullet-proof vests, hockey masks, helmets, and lacrosse gear to provide protection to the arms and shoulders.

Even money given in a campaign intended to help the group winterize their camp has been spent to help them protest directly. In an update to the group’s fundraising page, Wise thanked supporters for their donations, before explaining that the money would not be spent to further the goals of the broader campaign.

“Our original intent for all funds raised was to winterize camp but now we’re vamping up our efforts to protect our brothers and sisters on the front lines,” wrote Wise.

Donors who may not support this alternate use of their donations to fight local police have little recourse. GoFundMe does not have a means to return money used for a purpose other than what the donor wished.

The International Indigenous Youth Council was formed this fall “in response to the call of Youth from the Sacred Stone Camp resistance to the Dakota Access Pipeline.” The group describes itself as being in the tradition of the American Indian Movement. Its website connects them to a variety of native rights and environmental activism groups, including the Indigenous Environmental Network.

The International Indigenous Youth Council did not respond to a request for comment.