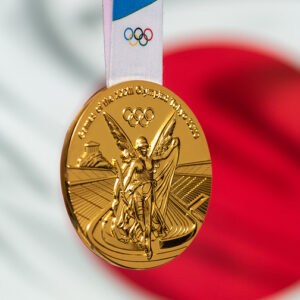 North Korea is behaving like a petulant child decrying the Tokyo Olympics after deciding not to join in the games.

For North Korea, the Games provide material for rhetorical blasts designed to undermine military cooperation between South Korea and Japan for defense against the North and its great ally and benefactor, China.

At the same time, pro-Northerners in South Korea, the U.S., and elsewhere can seize upon the Games to attack Japan and the U.S.-Japan alliance. For them, the difficulties and hazards of going through with the Games amid a pandemic are a golden opportunity to campaign against the alliance and also against the U.S. alliance with South Korea.

It was in that spirit that the North Korean website Uriminzokkiri launched a broadside against Japan for getting the International Olympic Committee to stop South Korea’s Olympic team from hanging the Korean national flag and banners in the Olympic Village. “I still have support from 50 million Korean people,” the banners quoted the famous Korean admiral, Yi Sun-shin, as saying, reminding the world of the defeat of the Japanese navy off Korea’s southern and southeastern coasts in 1598.

The underlying message is that right-wing gangsters serving Japan’s Prime Minister Yoshihide Suga were responsible for protests against the banners. Japanese rightists exacerbated the ill-will by flying the infamous “rising sun” flag of World War II infamy in protests outside the Olympic Village. The rising sun flag, featuring 16 rays spreading from the sun, is a vivid reminder of the erstwhile Japanese empire colonizing Korea and rampaging over much of China and Southeast Asia.

The Uriminzokkiri commentary, long after the banners were taken down, charged that “the Japanese people,” not just right-wingers, were using the Olympics “to realize their ugly political goals and ambition for reinvasion.” The Japanese, it said, “are long enemies of the Korean people and destroyers of peace that are even more dangerous than the malicious virus.”

It’s that message that North Korea and pro-North sympathizers are zealously spreading as they see the Olympics not as an opportunity for bringing about goodwill and camaraderie among nations but rather as a great way to fuel the flames of hatred.

The Games might well be remembered as the most controversial in Olympic history due to Japan’s insistence on holding them despite loud protests among both Japanese and foreigners but might have afforded a chance for Suga and South Korea’s Prime Minister Moon Jae-in to meet and talk over long-standing differences.

The North Koreans could not be happier, but the Japanese are also fanning the fire. The International Olympic Committee persuaded the Korean Olympic team to remove the offending banners on one condition. The Japanese, said the IOC, would not fly the hated rising sun flag.

That was news to Japan’s Olympic Organizing Committee, which said it had issued no edict against flying the rising sun. It’s still the official flag of Japan’s maritime self-defense force, the Japanese navy.

Suga himself has long been on record as thinking the 16-ray flag is fine. As chief cabinet secretary eight years ago, he said any argument that the flag “is a political statement or a symbol of militarism is completely irrelevant.”

No one imagines that he’s changed his view just because he’s now prime minister and may want to appease Koreans. Under the circumstances, everyone should be relieved that no one will be waving the rising sun flag of the bad old days in the stands during Olympic events for one simple reason: Thanks to the pandemic, no spectators are there. The only Japanese flag on official display is the hinomaru, “circle of the sun,” showing a red disk or sun blazing bright red against a white field.

No one doubts, however, that North Korea’s propaganda machine will go on exploiting the Olympics for propaganda purposes, hoping to deepen the wedge between Japan and South Korea.

“Beware, North Korea Can Twist Its Olympics Absence to Put Japan in a Bad Light,” warned the conservative Japanese newspaper Sankei Shimbun. “Now is the time to take steps to prevent Pyongyang from using the Tokyo Olympics for political purposes and prevent its decision to sit out the Olympics from having a ripple effect.”