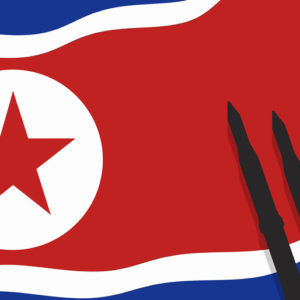 WASHINGTON ― The U.S.-China trade war has grave implications for war and peace around the periphery of China, including the Korean Peninsula. In all the yakking on the U.S. networks, however, you don’t hear much about the danger of the whole shebang exploding into a shooting war.

We may not be at the stage of armed conflict but should never forget that some of the bloodiest wars in the last century erupted from disputes over trade. Just look at the outbreak of World War II in the Pacific when the Japanese decided an attack on U.S. bases in Hawaii and the Philippines was the way to counter constraints imposed on trade with Japan, notably the oil needed then as now to fuel the Japanese economy.

China’s President Xi Jinping may be quite reluctant to see huge differences over trade boil over into a real war, but it’s unlikely he will be inclined to appreciate U.S. concerns, much less make concessions, while embroiled in a bitter trade war. As long as the U.S. and China impose punitive tariffs on each country’s products, we can be pretty sure we will begin to feel the effect on potential conflicts and differences and mere shades of emphasis in a score of flashpoints from the Indian Ocean to Northeast Asia and the peninsula.

Take the South China Sea, where U.S. planes and warships regularly defy Chinese calls to stay away from waters, islets and reefs that the Chinese claim as their own. Or consider the straits between Taiwan and the Chinese mainland 110 kilometers away.

Bill Clinton, as U.S. president, ordered U.S. warships into the straits in 1996, but China remains committed, rhetorically at least, to recovering the island province. And China goes on pursuing the belt-and-road initiative under which the Chinese have already built a road through the high Himalayas into Pakistan, where they are building a port at Gwadar on the Arabian Sea serving both military and commercial aims.

Nowhere is the Chinese response more sensitive than on the Korean Peninsula. The unanimous view among experts on the region is that Chinese pressure on North Korea is absolutely essential if we are ever to expect Kim Jong-un to give up his nuclear program. As Daniel Russel, former U.S. assistant secretary of state for East Asia and the Pacific, put it at a forum that I attended in Washington, “There’s no prospect of a happy ending without the cooperation of China.”

But how inclined will Xi Jinping really be to prod Kim to get serious about denuclearization while engaging in tit-for-tat recriminations with the U.S. on trade? “The United States has shifted to full-on strategic rivalry,” Russel said. “This has at least the potential to derail U.S.-China cooperation.”

Not even in the best of times, as Russel noted, has China made North Korea’s nuclear program its top priority. “China wants denuclearization as does the U.S.,” Russel said, but stability and survival rank well ahead on “China’s wish list.”
Joseph Yun, former chief U.S. envoy on North Korea, in the same discussion, agreed. “China’s ultimate goal is to get the U.S. out of their back door,” he said. The Chinese are not expecting U.S. forces to go home any time soon, but they view the American military presence with deep suspicion dating from the Korean War when Chinese troops rescued North Korea from oblivion just as the Americans believed they were winning it all

Given the historic hostility of the Chinese toward the Americans in Korea, Beijing’s approach toward denuclearization is quite different from that of Washington. “Nobody believes North Korea will completely denuclearize before we begin a peace process,” Yun said, meaning a step-by-step, action-for-action routine that would definitely include lifting of sanctions as demanded by the North.

And given China’s influence as North Korea’s only real ally, the source of most of its fuel and half the food it badly needs, Xi Jinping has another reason not to join the U.S. in calling first and foremost for denuclearization. While the trade war rages, Xi has to be happy to see the Americans distracted by a never-ending dispute with his friend Kim Jong-un.

All of which means, when Trump and Xi meet next month at the G20 summit in Osaka, they should have a lot to talk about. North Korea’s nuclear program may not be on the formal agenda but will be on everyone’s mind however much the assembled potentates wish it would just go away