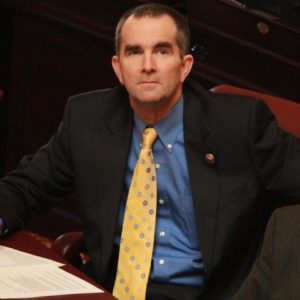 Virginia governor Ralph Northam is a lucky guy. While he’s busy wiping the egg off his face allegedly for racial misbehavior committed decades ago, the disgraced chief executive has a big distraction at hand: he is pushing a proposal to cut carbon-dioxide emissions radically in the state.

Northam is threatening to veto legislation recently passed by the General Assembly that would require a two-thirds’ majority vote from the Assembly and Senate to allow the Commonwealth to join the Regional Greenhouse Gas Initiative (RGGI). Virginia’s participation in the program would disproportionately harm the very low-income minorities the governor is currently attempting to mollify.

RGGI, established in 2009, is an interstate cap-and-trade program made up of the New England states plus Delaware, Maryland, New Jersey and New York. Cap-and-trade programs limit carbon-dioxide emissions by establishing a specific amount of the life-sustaining gas a business or other organization may produce and allowing additional capacity to be bought from other organizations that have not used their full production allowance.

If the true intent of the RGGI is to reduce emissions, the initiative has been a failure. A 2018 Cato Journal article found “no added reductions in CO2 emissions, or associated health benefits from the RGGI program.”

Virginia’s participation in the RGGI would force residents to pay more for their electricity. Virginia’s State Corporation Commission estimated the state’s participation in the RGGI could cost Dominion Energy Virginia ratepayers between $3.3 billion and $5.9 billion over the first decade, increasing the average electricity bill by $7 to $12 per month. Data from the U.S. Energy Information Administration indicate electricity prices in the 10 RGGI states are currently 39 percent higher than the U.S. average, whereas in Virginia they are currently 12 percent lower than average. As of February 2018, residential electricity rates for Dominion Energy’s customers were 32 percent below the RGGI state averages, the utility reports.

Cap-and-trade programs are essentially regressive taxes, hitting lower-income people disproportionately. Although Virginia’s inclusion in the RGGI will initially impose its costs on businesses, these will quickly be shifted to the consumers, functioning as a new tax on utility payers in the commonwealth.

Stanford University found cap-and-trade programs and carbon taxes are regressive by nature “because polluting goods are mostly energy-intensive and take up a large percentage of a low-income person’s budget.”

Disparities among energy costs aren’t limited to the comparison between low- and high-income households. Energy Efficiency for All found African-Americans spend an above-average percentage of their income on energy, with African-American households suffering under a “median energy burden 64 percent greater than white households.” African-Americans and Latinos also pay “more for utilities per square foot than the average household,” the study found.

As the U.S. Energy Information Administration reported in September 2018, “Nearly one-third of U.S. households (31 percent) reported facing a challenge in paying energy bills or sustaining adequate heating and cooling in their homes in 2015.” It makes no sense for elected officials to force consumers to pay even more by imposing egregious cap-and-trade initiatives.

A governor who is desperate to save face should not put forth proposals that disproportionately harm minorities. Although Northam has allowed for a public comment period, there has been little publicity regarding this enormously important proposal.

Should Virginians not speak up, low-income minorities will have to face the fact that their governor has not only insulted them but now wants to force them to dig deeper into their pockets by terminating legislation meant to protect them.